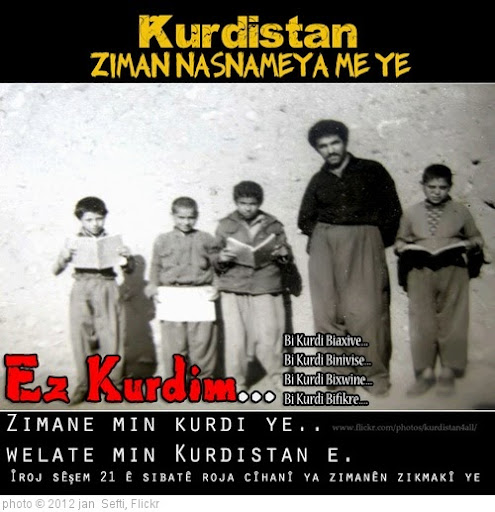 Much to my surprise, I just learned that today, February 21st, had been designated International Mother Language Day by UNESCO. Here’s what it says on its website:

International Mother Language Day was proclaimed by the General Conference of the United Nations Educational, Scientific and Cultural Organization (UNESCO) in November 1999 (30C/62).

On 16 May 2009 the United Nations General Assembly in its resolution A/RES/61/266 called upon Member States “to promote the preservation and protection of all languages used by peoples of the world”. By the same resolution, the General Assembly proclaimed 2008 as the International Year of Languages, to promote unity in diversity and international understanding, through multilingualism and multiculturalism.

International Mother Language Day has been observed every year since February 2000 to promote linguistic and cultural diversity and multilingualism. The date represents the day in 1952 when students demonstrating for recognition of their language, Bangla, as one of the two national languages of the then Pakistan, were shot and killed by police in Dhaka, the capital of what is now Bangladesh.

Here are my choices for The Best Resources For International Mother Language Day:

Endangered Languages is an online interactive site highlighting…endangered languages throughout the world.

Vanishing Languages is an impressive feature from National Geographic.

Our Mother Tongues is a great website about saving Native American languages.

Number of Endangered Languages by Country is an interactive graphic.

How Do You Save a Dying Language? Crowdsource It is from GOOD.

Tribe Revives Language on Verge of Extinction is from The New York Times.

How Turkish Villagers Communicate via a 400-Year-Old ‘Bird Language’ is from The Atlantic.

With Casino Revenues, Tribes Push to Preserve Languages, and Cultures is from The New York Times.

Study links biodiversity and language loss is from The BBC.

Australia, which was once home to 200 languages, now suffers from the highest rate of language extinction in the world. is from Al Jazeera.

Digital Technologies Give Dying Languages New Life is from NPR.

A Road Trip In Search Of America’s Lost Languages is from NPR.

Documentary Shows Language Saved From Extinction is also from NPR.

Half of living languages face extinction is from The Guardian.

Are dying languages worth saving? is from The BBC.

Saving a language, and a culture is from The Los Angeles Times.

Dying languages: scientists fret as one disappears every 14 days is from The Star.

Preserving the Voice of Vanishing Cultures is from The New York Times.

A Village Invents a Language All Its Own is from The New York Times.

UNESCO Interactive Atlas of the World’s Languages in Danger is pretty impressive.

Losing languages is an infographic from The Washington Post.

Reindeer herders, an app and the fight to save a language is from The Guardian.

What the World Will Speak in 2115 is a recent article in The Wall Street Journal. Here’s an excerpt: To Resurrect A Vanishing Language, Try YouTube and Indiegogo is from NPR.

This language is based only on whistles is from The Week.

Ancient whistle language uses whole brain for long-distance chat is an article from The New Scientist, and here is the language in action:

A Dying Language Is Making a Comeback is from TIME.

Manchu, Former Empire’s Language, Hangs On at China’s Edge is from The New York Times.

Saving a language, one lesson at a time is from The Los Angeles Times.

raise awareness in regards to cultural and linguistic diversity issues among wide audiences internationally.
How Hawaiian Came Back From the Dead is from Slate.

The Alphabet That Will Save a People From Disappearing is from The Atlantic.

Hawaiian Language Revival Used as Model for Other Indigenous Languages is from NBC News.

In New Zealand, a Translated ‘Moana’ Bolsters an Indigenous Language is from The NY Times.

Can a Thrash Metal Band Help Save the Maori Language? is from The Atlantic.

Newfound Pride in Guaraní, a Language Long Disdained in Paraguay is from The NY Times.

When Larry Kimura was young, the Hawaiian language was dying. Now, it thrives. is from NBC News.

This Musician’s Songs Give Powerful Voice to a Language in Crisis is from Smithsonian.

Maori Language, Once Shunned, Is Having a Renaissance in New Zealand https://t.co/hdZdx1RFFg

North America’s Nearly Forgotten Language is from the BBC.

To Save Their Endangered Language, 2 Cherokee Brothers Learn As They Teach is from NPR.

Don’t Miss These Award-Winning Films at the Mother Tongue Film Festival is from Smithsonian.

Four Things That Happen When a Language Dies is also from Smithsonian.

Mexico’s indigenous languages at risk of disappearing is from Al Jazeera.

Do you speak Ladino? Meet the people trying to save this dying language https://t.co/yT1bNqVhdo

I fell in love with this language…on ‘Sesame Street’ is from CNN.

The 68 Voces project aims to preserve Mexico’s indigenous languages and their myths, poems, and stories in the form of beautifully animated short films. https://t.co/GoHQ6ZaGRA

Teaching To Protect The Hopi Language is from NPR.

The Complicated Decisions That Come With Digitizing Indigenous Languages is from Slate.

Code Switch: Saving The Endangered Hawaiian Language is from NPR.

Canada’s CBC News has begun the Original Voices project. Here’s a video about it:

Here’s a new TED Talk on “How To Save A Language From Extinction”:

How to Save a Dying Language: The Hawaiian language nearly went extinct. Now it’s being taught in dozens of immersion schools is from The Atlantic.

A Dying Language Of Enslaved Africans Lives On At Harvard is from NPR.

Just 700 Speak This Language (50 in the Same Brooklyn Building) is from The NY Times.

Lesson of the Day: ‘Just 700 Speak This Language (50 in the Same Brooklyn Building)’ is from The NY Times Learning Network.