The Best Websites For Teaching & Learning About World History 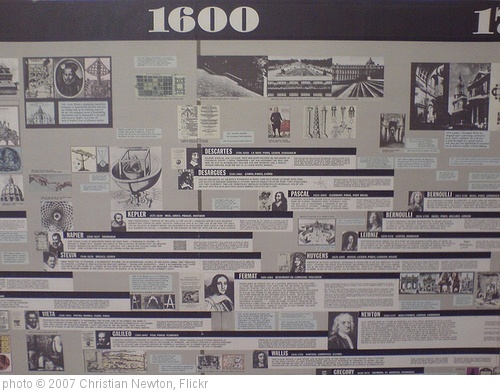 I’ve been teaching two classes of World History this year to Intermediate English Language Learners this year, and will be doing the same in the fall. The World History page on my website is my newest section, and has several hundred categorized links.

Given that it looks like I’ll be teaching this subject for awhile, I thought it would be useful to my students, this blog’s readers, and me to try to prioritize them into a “The Best…” list.

In addition to being broad, my criteria for including a site include that it has to be accessible to English Language Learners and provide fairly engaging content.

Here are my choices for The Best Websites For Teaching & Learning About World History:

NuEdHelper’s Social Studies Units. EdHelper is one of only three sites that I’ve ever included on these lists that cost money ($20 per year), but it’s worth it. It’s a resource for teachers, not for self-access by students (unlike the other sites here). You can find hand-outs for most major time periods that can be adapted into many forms.

The United States Holocaust Memorial Museum Online Exhibitions is the one site on this list that has a focus on a more narrow time period. They just have an extraordinary collection of online and interactive presentations that I felt needed to be included here.

The History section of the Simple English Wikipedia is number six. I think the title is self-explanatory.

Brainpop Movies. It’s definitely worth the cost, though, which is why it’s ended up on so many of my “The Best…” lists.

Pete’s PowerPoint Station is a treasure trove of freely available PowerPoint presentations on all subjects, and most of them appear very accessible to English Language Learners, including World History. Most of the other sites I’ve found that have history PowerPoints are much more advanced, and not very accessible, which is why I’m adding the site to this list.

The BBC has just unveiled a exceptional new History site. It’s targeting primary learners, and, to quote their description:

“It covers 6 primary history topics – Ancient Greeks, Romans, Anglo-Saxons, Vikings, Children in Victorian Britain and Children of WW2 – with a photo and video library and an interactive timeline, plus quizzes, activities and games.”

It’s very accessible to English Language Learners, and the games have audio support for the text.  The only disappointment is that the videos aren’t available to watch if you’re in the United States.

The BBC’s “A History Of The World” is a neat interactive timeline display of historical objects with images and commentary. Not only is it an accessible and engaging way to learn more about world history, but after a quick site registration you can contribute your own historical object choice to the collection and write about it.

The Time Map Of World History is a super-cool interactive and accessible way to learn about…world history. Using a map and accessible text, it starts at 3500 BC.

“Timelines: Sources From History” is a nifty interactive from the British Library that lets you explore items from its collection using text, video and images. It’s very engaging. The only negative I see is that you can save favorites, but only to a PDF that you can then print-out. There doesn’t appear to be anyway to save it online. That seems a little strange, but maybe I’m missing something.

30 Graphics That Explain the Last 100 Years is from Made From History.

Max Roser at “Our World In Data” has really done an impressive job highlighting key indicators at his “A history of global living conditions in 5 charts.”

In addition, he has created a chart summarizing the global development over the last 200 years as the story of 100 people (available at the same link).

Plate tectonic evolution from 1 Billion years ago to the present..mp4 from Visual Capitalist on Vimeo.

The global population over 300 years from James Eagle on Vimeo.

Historic Borders is a neat interactive that allows you to see borders of countries and empires throughout history.

If you’ve found this post useful you might want to consider subscribing to this blog for free.

A Collection Of Recent Infographics & Interactives