The Best Websites To Learn About Various Religions (& English) 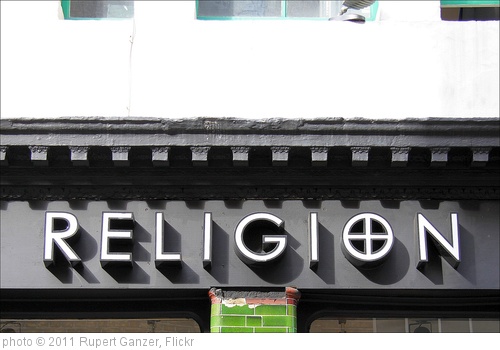 I know the title of this latest “The Best…” list is a bit awkward, but I couldn’t come-up with anything better. Religion can be a pretty tricky subject to discuss in class, but it’s obviously an important subject for English Language Learners to become more familiar with, and to develop the English language ability to talk about.

In many situations I’ve found that having students in class share about their own beliefs is a great way for others to learn about religion and develop their language skills.

In addition to the sites on this list, I have other “The Best…” lists for many religious holidays, including (but not limited to):

The Best Sites For Learning About Easter & Passover

The Best Sites To Learn About The Hindu Festival of Holi

The Best Sites To Teach & Learn About Ramadan

The Best Sites For Learning About Diwali

The Best Online Resources For Learning About Eid al-Adha

I’ve also found a number of good sites on the Web that are accessible to English Language Learners.

Here are my picks for The Best Websites To Learn About Various Religions & English (I don’t, however, rank them in order of preference):

The Language Guide For Religion provides good basic vocabulary instruction, but also omits quite a bit. But it’s a good start.

BBC Religions is an excellent source of information. Much of it is only accessible to Intermediate English Language Learners and above.

CBBC News Around is a source of very accessible resources to English Language Learners. This particular link will lead you a special report on “What Is Islam?”, but typing the world “religion” in the search box will provide you with scores of other useful articles.

Buddhist Tales have a series of engaging animations with audio, but no text.

The Split Horn is the PBS webpage for the film of the same name. It’s about a Hmong Shaman and his new life in the United States.

Teaching Tolerance has some nice, simple lesson plans on religion:

Taking a Closer Look at Religions Around the World

The New York Times Learning Network has pulled together all their great lesson plans related to related. You can find them at Resources: World Religions. They’d have to be modified to be made accessible to English Language Learners, but there are a lot of good ideas in them.

Hindu Festivals is a slideshow from The Atlantic.

The World Of Religion is an excellent infographic.

Sacred Stories is a series of animated books with audio and subtitles that shares stories from many of the world’s major religions. It’s very accessible to English Language Learners, which is one of the main reasons I’m so enthusiastic about it.

Observing Rituals of Faith is a slideshow from The Boston Globe.

Inside the Synagogue: What do you need to know? is from the BBC.

Sacred Places, Sacred Ways is a nice interactive map to five places “revered” by some of the world’s key religions.

Prevailing Beliefs is an interactive map that shows the religious (or non-religious) beliefs – by percentage – for each country in the world. Unfortunately, it doesn’t show its source.

Infographic Of The Week: “Mapped: The World’s Major Religions”

As usual, all feedback is welcome.

Statistic Of The Day: The Importance Of Graduating From College

The Best Ideas On Peer Review Of Student Writing

“The 25 Most Powerful Women of the Past Century”