The Best Websites To Learn About Veterans Day 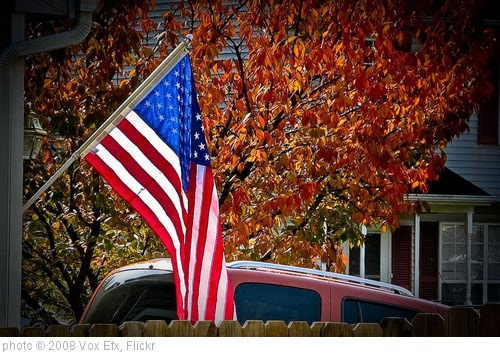 This is a “The Best…” list for the day in the United States known as Veterans Day (recognized as Remembrance Day or Armistice Day in Great Britain and in other countries to specifically remember those who fought in World War I).

Here are my picks for The Best Websites For Veterans Day (of course, these are sites that are accessible to English Language Learners):

Here are a series of images from Slate titled Veterans’ Honor.

Here’s a slideshow about a Veterans Day Parade in Houston.

The BBC has a slideshow showing the ceremonies in that country.

The New York Times has a slideshow on how service dogs are helping wounded veterans in their healing and rehabilitation process and another slideshow covering events during Veterans Day this year.

ESL Holiday Lessons has a nice lesson on the day.

Students can send a Veterans Day eCard and post the link on a teacher or student website.  American Greetings are the best since they seem to host the sent cards, and their messages, indefinitely.

The New York Times has a slideshow about a Veterans Day Parade.

Armistice Day Remembrances is a series of photos from The Boston Globe’s Big Picture.

Remembrance Day In Pictures is from The Guardian.

Veterans Day 2010 is a slideshow from The Christian Science Monitor.

Veterans Day 2010 is from The Boston Globe’s Big Picture.

In pictures: Armistice Day around the world is from The BBC.

Mission Accomplishment: Exploring Veterans’ Challenges and Achievements is the title of a lesson plan from The New York Times Learning Network.

Through The Lens: Seeing Veterans Up Close is a photo gallery from NPR.

The Bonus Army: How A Protest Led To The GI Bill is from NPR.

Armistice Day: The UK remembers its fallen is a slideshow from The BBC.

Veterans Day: Reflecting on the Cost of War is a TIME slideshow.

Veterans Day 2012 is a photo gallery from The Boston Globe.

Remembrance Day: The 10 greatest paintings of war is from The BBC.

Why Do We Celebrate Poppy Day is from English With A Twist.

America’s veterans: Who they are is from The Washington Post.

Why Veterans Day is on Nov. 11 is from The Washington Post.

Veterans Day: Resources To Embrace, Engage, And Educate is from The ASIDE blog.

Veterans Day: Mission to Heal is from The L.A. Times.

Veterans Day: What We Don’t See is from The ASIDE blog.

As Numbers Grow, Recognizing Generations Of Latino Vets is from NBC News.

Why Veterans Day is often confused with Memorial Day is from The Washington Post.

Beautiful Photos Show How the UK Does Veterans Day

Art of war: Creating poignant monuments for the modern world is a slideshow from CNN.

Remembering Sgt. York, A War Hero Who Built A School is from NPR.

What Do We Owe Our Veterans? is from The New York Times Learning Network.

By The Numbers: Who Are America’s Vets?

How do we remember World War One? is from The BBC.

Remembering the fallen on the first day of the Somme, the British Army’s bloodiest day #RemembranceDay #Somme100 pic.twitter.com/sELTRfPBCp

For many people this image sums up #WW1. Does it help you to #remember? https://t.co/CQ0SfvV9ut @I_W_M #RemembranceDay pic.twitter.com/uiHiBTFYhT

Veterans Day | All About the Holidays is a PBS video.

StoryCorps has many interviews with veterans, along with transcripts.

Veterans Day should actually be about serving veterans is from Vox.

“What happened on that day is tattooed on your soul.” On December 7, 1941, over 2,000 died when Japanese fighter planes attacked the U.S. base at Pearl Harbor. Frank Curre, who served aboard the U.S.S. Tennessee, remembers. https://t.co/WQlx1BmeS6 #VeteransVoices #GoogleDoodle pic.twitter.com/EsMKWVRhWT

On Veterans Day, 8 unforgettable photos of Americans returning from war is from The Washington Post.

Key findings about America’s military veterans is from The Pew Research Center.

How Did Armistice Day Become Veterans Day in the United States? is from The NY Times.

After 25 years in the making, a new monument on the National Mall is opening on Veterans Day: the National Native American Veterans Memorial.https://t.co/KUbTCbxMFJ

Armistice Day, which originally marked the end of World War I, was broadened by President Dwight D. Eisenhower in the 1950s to honor all veterans, following a proposal by Alvin J. King of Emporia, Kansas. https://t.co/AYZPPeP9YF pic.twitter.com/mkfDfMsHhV

After being drafted in 1969 and serving in Vietnam and Cambodia, Tom Geerdes returned home a changed man. He came to StoryCorps with his daughter to share his healing journey. Listen to more stories like his in honor of Veterans Day: https://t.co/siPWuHfyCA pic.twitter.com/30xWFikkbM

I hope this list is helpful, even if it’s just appearing on the holiday itself…