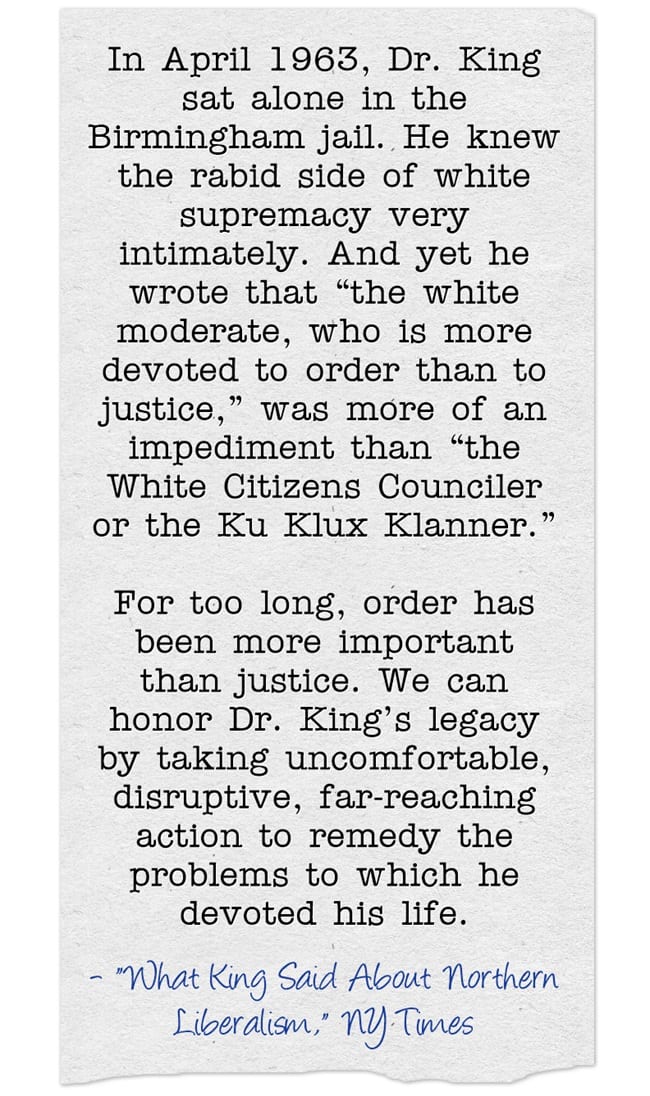 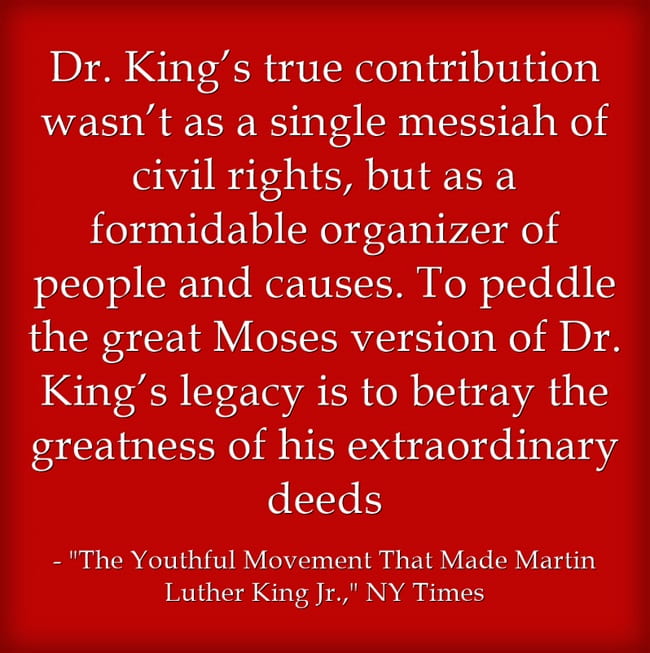 The Youthful Movement That Made Martin Luther King Jr. appeared in The NY Times.

The Words of Martin Luther King Jr. Reverberate in a Tumultuous Time is from The NY Times.

Don’t ask what Martin Luther King Jr. would do today and then ignore his real message is from Vox.

Embrace These 4 Lessons From Dr. Martin Luther King, Jr to Effectively Lead Today is particularly accessible to students, and is from Inc.

Please don’t act like everyone loved my father. He was assassinated. A 1967 poll reflected that he was one of the most hated men in America. Most hated. Many who quote him now and evoke him to deter justice today would likely hate, and may already hate, the authentic King. #MLK pic.twitter.com/yGdQXL5MJ3

More Than a Dream: How to Teach King’s Famous, and Often Simplified, Speech is from Ed Week.

Teaching a More Complete Picture of MLK is from Smithsonian Magazine.

Op-Ed: King was a critical race theorist before there was a name for it is from The L.A. Times.

The interesting history of the real name of Martin Luther King Jr. – and why it was changed is from USA Today.

Find All The NY Times Learning Network’s “Country Of The Week” Quizzes In One Place!