The Best Resources About Presidents’ Day 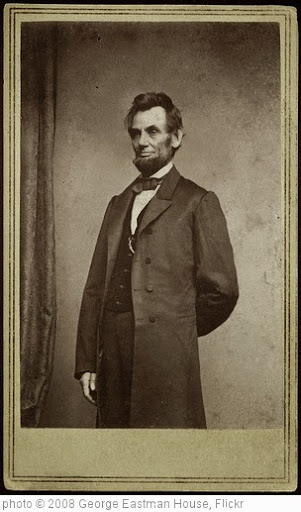 President’s Day celebrates the birthdays of George Washington and Abraham Lincoln (though there is some confusion about the day itself).

You can find additional resources at The Best Sites To Learn About U.S. Presidents.

Here are my choices for The Best Resources About President’s Day (that are accessible to English Language Learners):

Presidents Day has an issue is from The Washington Post.

Brainpop movie about Washington is good, but you need a paid subscription to view it.  Or, you can sign-up for a free trial.

Though description of Washington’s ownership of slaves is not accessible to English Language Learners,  teacher’s could certainly modify it. George Washington, Slave Catcher is from The New York Times.

Father of Our Country is pretty “schmaltzy,” but it is an accessible “talking book.”

EL Civics has a very good presentation on George Washington.

The History Channel has many online resources on Washington.

Though the language in story is a bit “old-fashioned” it’s of course important for students to know the popular myth of George Washington and the cherry tree.

Here’s an online cloze (fill-in-the-gap) about both Washington and Lincoln.

Here’s an older post in the NYC Public School Parents blog titled Lessons For Michael Bloomberg On President’s Day that provides an excellent summary of George Washington’s leadership style. The post’s writer, David Bloomfield, then contrasts that with how Mayor Bloomberg acts in school matters. The Mayor doesn’t come across favorably.  But whether or not you know much about what’s going on in New York City, or even if you support Bloomberg, the summary of Washington’s leadership style is grist for an engaging lesson and student discussion.  And, because of that, I’m adding the post to list.

The Mount Vernon site has lots of resources (some non-flattering but true information may be omitted), but I’m still adding it to this list.

The History Channel’s site on Lincoln is not-to-be-missed.

Beacon Learning Center has a simple “talking story” about Lincoln.

Abraham Lincoln For ESL Students is from EL Civics.

Lincoln’s Gettysburg address is the focus of these ESL exercises.

The Mask of Lincoln is a new Smithsonian exhibition.

Brainpop,Jr. has its own Lincoln movie (again, you have to subscribe or get a free trial).

I’m adding a New York Times slideshow on Ford’s Theater (where Lincoln was shot) to list.

Why We Love Politics is by David Brooks.

Rethinkin’ Lincoln on the 150th Birthday of the Emancipation Proclamation is by Bill Bigelow.

Presidents’ Day: A Life Lesson for Students is from Edutopia.

Why Presidents Day is Slightly Strange is from The Washington Post.

Presidents’ Day is from The History Channel

Missing From Presidents’ Day: The People They Enslaved is from GOOD.

Time to Tell the Truth About Slavery at Mount Vernon is from The Zinn Education Project.

Death Of A President is a Smithsonian interactive.

Memories of Abraham Lincoln is a photo gallery from The Boston Globe.

Historic Photos of the Lincoln Memorial is from The Atlantic.

A Lively History Activity for Presidents’ Day is from Middleweb.

“If you only hear one side of the story, at some point you have to question who the writer is,” @ClintSmithIII tells us #BriefButSpectacular pic.twitter.com/DJCBJCIQeA

Today is a great day to remember that many of the ppl who founded & led this country were brilliant but also deeply flawed & deeply prejudiced. When we celebrate the social contract they created for this country it’s always worth remembering who they didn’t include in that vision

On this President’s Day, congratulations to James Buchanan on finally moving out of the bottom spot in the presidential rankings. https://t.co/p8slBKFMbe pic.twitter.com/wh9kwMyMsj

This Presidents’ Day we honor Shirley Chisholm—a woman that changed political history when she became the first black woman to run for president: pic.twitter.com/zSN88reNRr

In addition, you can also subscribe to blog for free.

Infographic: The Cost Of Natural Disasters

“Try Being Me” is an “interactive dyslexia experience”