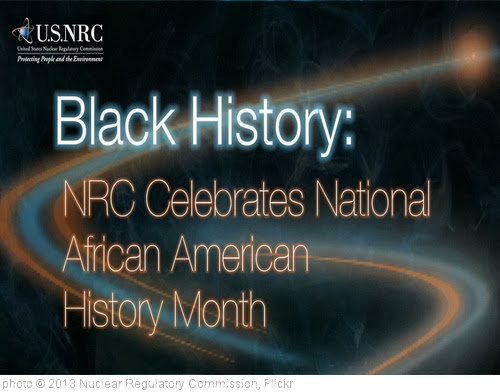 And MANY more related lists can be found here.

How Black Lives Matter Is Changing What Students Learn During Black History Month is from TIME.

Writing About Slavery? Teaching About Slavery? is from P. Gabrielle Foreman. I’m also adding it to USEFUL RESOURCES FOR LEARNING ABOUT THE 400TH ANNIVERSARY OF BRINGING ENSLAVED AFRICANS TO AMERICA. Thanks to Dr. Kim Parker for the tip.

The Little-Known Southern Underground Railroad Into Mexico Is an Important Piece of Black History is from REMEZCLA.

Had to drop this timeless gem on the TL. Happy BHM 🤝 pic.twitter.com/lOUQ2euin7

Celebrate literacy during #BlackHistoryMonth by joining @ncte for the African American Read-In! Their toolkit has everything your school community needs to participate, from book lists to lesson plans: https://t.co/LG29iVsvQM #BHM #EduColor #engchat pic.twitter.com/604tggN9PC

This Black History Month, we reflect on the achievements and contributions of African American individuals and their fundamental role in U.S. history. Listen to the stories of some of these trailblazers: https://t.co/yGQaS3md9y

Teaching Black History in Culturally Responsive Ways is from Edutopia.

Navigating The Green Book is an interactive from The New York Public Library.

Black History In Two Minutes to

Sports: Leveling the Playing Field is from the Smithsonian.

Black History Is About More Than Oppression is from Education Week.

Here are a ton of resources from Facing History.

Black History Month Lessons & Resources is from The NEA.

The Library of Congress has a ton of teacher and student resources.

Black History Month: Lesson Plans and Resources for the Classroom is from iCivics.

In our new segment, “How Did We Get Here,” we demand a white history month! pic.twitter.com/YNX9QDdphw

Check out the “Eyes on the Prize Interviews“:

The Eyes on the Prize I Interviews Collection consists of 127 raw interviews conducted with participants in the American Civil Rights movement, covering the years from the mid-1950s through to 1965.

And this is why attempting to excuse the behavior of enslavers by saying “They were just men (and women) of their time” is utter nonsense designed to make you comfortable. Because others of their time did exactly what they didn’t have the morals to do. https://t.co/jgAYauHCai

‘Spirit of resistance’: Marking 500 years since the first slave revolt in the Americas is from NBC News.

This is the 2nd year I guest edited a collection of BHM articles for @EdWeekOpinion. See link and comments below. https://t.co/8HcWRtqb9g

Through the new Black Teacher Archives Project, #HGSE‘s @jarvisrgivens and @Princeton‘s @imaniperry want people to know that the story of Black education and Black teachers is complicated — and worth telling. #blackhistorymonth https://t.co/QK8Vdq18uR

Why does Black History Month matter? is from NPR.

Learning With the ‘Black History, Continued’ Series is from The NY Times Learning Network.

Black history “is not a series of heroics or forgotten contributions,” writes @esaumccaulley. “It is a different telling of the American story altogether.” https://t.co/KBa88ZFYiX

The people who marched and organized during the civil rights movement are now in their 70s and 80s. Historians are rushing to record their stories. https://t.co/zwi2PpJXbO pic.twitter.com/LFZJ4ldz0Q

Black Innovators is from Google’s Art and Culture.

Diversify your #BlackHistoryMonth lessons with our collection of Black immigrant stories.#TeacherThursdayhttps://t.co/0T0rqn5V81@AllyteacherELLs @DRMLARA @Larryferlazzo

Are you ready for #BlackHistoryMonth?

The Most Viewed YouTube Videos Related To Hurricane Sandy

The Best Resources On Classroom Instruction In 2019 – Part Two