The Best Resources For Groundhog Day 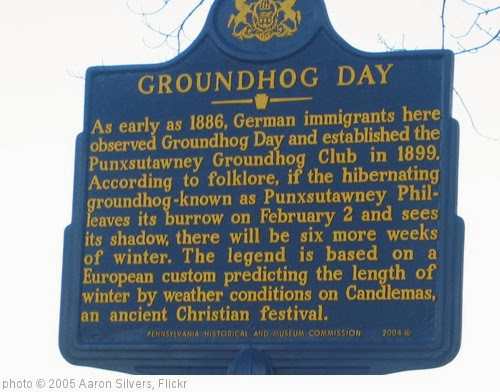 Groundhog Day is every February 2nd, and I thought I’d post a quick “The Best…” list of some links I put together for my class this week.

Here are my choices for The Best Resources For Groundhog Day (that are, of course, accessible to English Language Learners);

This is a simple explanation of the holiday.

Punxsutawney Phil springs into action for Groundhog Day 2011 – in pictures comes from The Guardian.

Questions About the Groundhog is from The New York Times.

7 Things You Didn’t Know About Groundhogs comes from Scientific American.

40 years of groundhog forecasts, mapped is from The Washington Post.

A groundhog just chomped down on a Wisconsin mayor’s ear

Groundhog Day 2016: Did Punxsutawney Phil see his shadow? is from Vox.

Groundhog Day: Bringing The Celebration Out Of The Shadows is from NPR.

Groundhog Day is so silly. But as a groundhog scientist, I love it anyway. is from The Washington Post.

Here’s How Groundhog Day Got Started is from TIME.

Groundhog Day: Behind The Scenes With Punxsutawney Phil’s ‘Inner Circle’ is from NPR.

Despite the cultural prominence of Groundhog Day, groundhogs have remained in a bit of a shadow. Now that’s changing thanks to new research examining their behavior.

“These guys are much more social than we thought,” one scientist said. https://t.co/BaojVuEIF2

The bizarre history of Groundhog Day is from CNN.

“The Origins of 10 Winter Olympic Sports”