Reductions In Stimulus Money For Education

The excellent This Week In Education blog just got a hold of the cuts in the stimulus package that a group of “moderate” Senators have agreed to.

You can access a list of all the cuts on that blog. I had some difficulty, though, opening-up the document, so took the liberty of copying just the portion related to education.  I eventually was able to access it, so you might want to go there if this image isn’t very clear.

It looks like 50% cuts.  Of course, just because it’s on this list doesn’t meant it’s going to happen, but I wouldn’t bet against it.

You might find my previous posts on education and stimulus package useful, including the listing of specific amounts school districts were projected to receive in the original plan.  It looks like you might have to cut some of those totals in half. 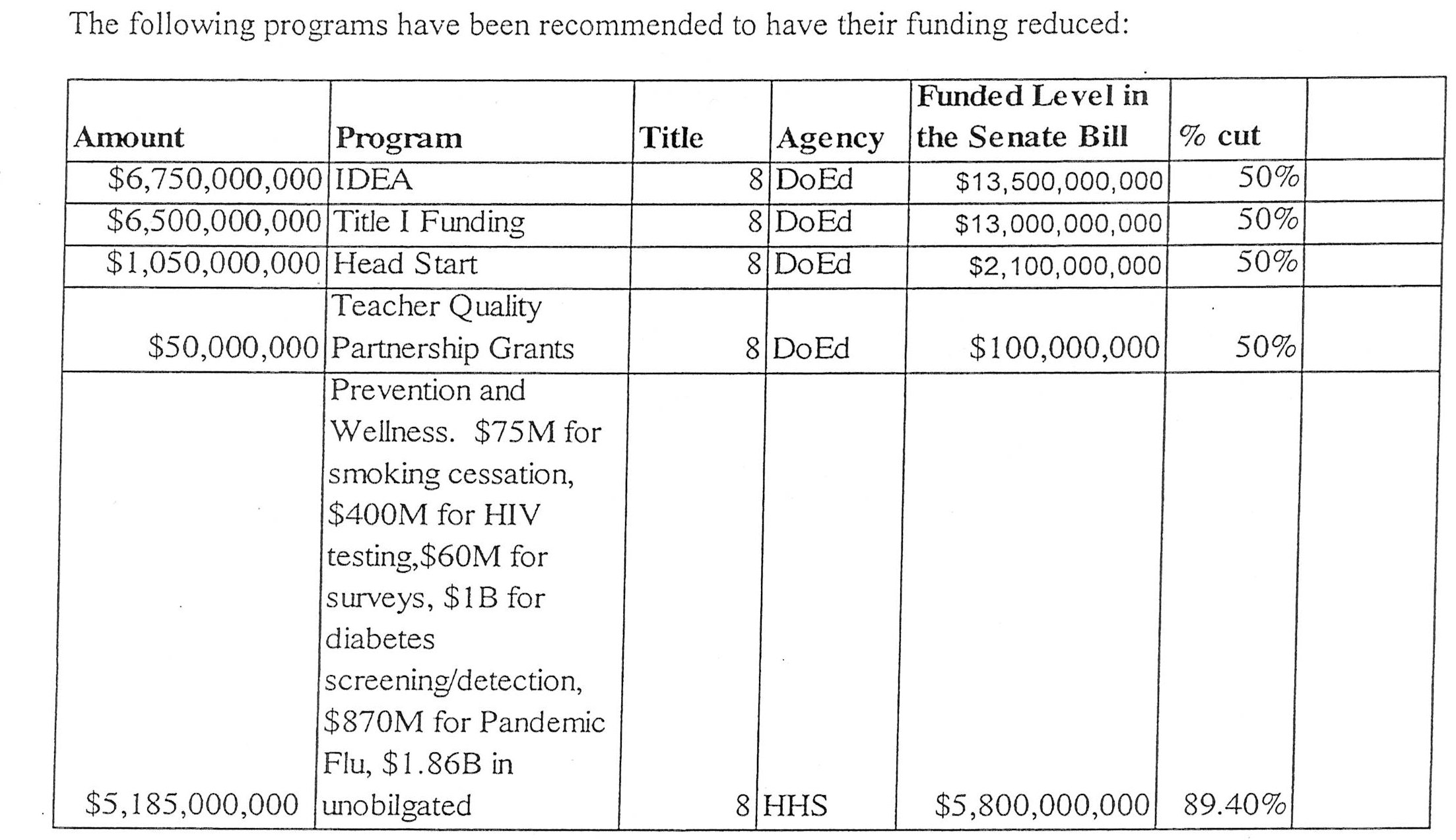 Check Out This Year’s National Awards For Education Reporting

I’ve Got A Bad Feeling About This: “Next Up in Teacher Evaluations: Student Surveys”

Statistic Of The Day: Biden Administration Makes Biggest Increase Ever In Food Stamps