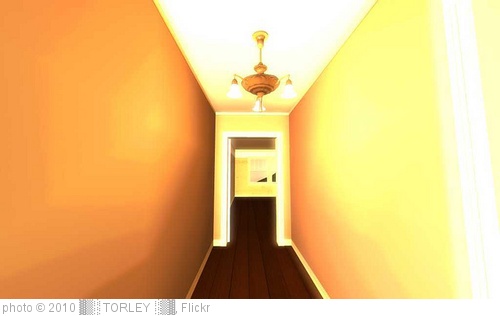 I know the title for this “The Best…” list is a bit of a mouthful, and perhaps not that clear, but I couldn’t come-up with anything better.

There are quite a few online games with educational value that have players compete against others on the Web. Many of them, however, don’t allow the players to choose whom they are playing with, and are just connected anonymously.

I have reservations about students playing these games for three reasons:

1) Many of the others playing the games are native-English speakers, and are at a competitive advantage when playing with my English Language Learner students. Games are not a whole lot of fun when you’re losing all the time.

2) Most (though not all) of those games have safeguards built into them to ensure anonymity, and also have some controls on inappropriate content. However, one not uncommon way for players to take advantage of that anonymity is to use nicknames that are inappropriate.

3) I think it’s just plain more fun when you’re competing against your peers in class as opposed to some faceless person out in cyberspace.

Happily, there are several online games with educational value that allow users to create private “virtual rooms” that allow you to choose whom you play against. It’s pretty intense, exciting, and fun in the computer lab when everyone is competing against each other, and after each question is answered you see a “leaderboard” on the screen showing the position of each player.

Of course, I have to say that I feel that most of these kinds of games are played best in the classroom with students divided into groups and playing “face-to-face.” However, it can also be a nice change to do something like this on occasion in the computer lab.

In order for a game to make it on this list, it:

* needed to have educational value for English Language Learners and other students.

* allow for very easy creation of private “virtual rooms” where you can control who can enter the game.

Here are my picks for The Best Online Games Students Can Play In Private Virtual “Rooms”:

Drawception is a cool online game that combines the old Telephone Game with drawing. You can easily create private rooms.

Quizalize is very similar to Kahoot. My big critique of both Quizalize and Kahoot has been that neither have allowed students to see how they are faring against their classmates in answering the questions, which is an important component (used appropriately) in using them as games (both have fixed that issue since this post was originally posted) That’s why I’ve featured an alternative called Quizizz on my The Best Websites For Creating Online Learning Games list over the first two. Quizizz lets students see their standing in the competition. Even though I don’t think it’s been a problem in my classes for low-scoring students to see their low-standings because of the super-strong culture we develop around student challenges being around learning the English language and not about intelligence, I can see that problem potentially being an issue in many content classes.  Fortunately, though, you’re given the option to not see all player scores.

Letterbox is a free game that follows the common structure of providing several letter and then challenges the player to create words out of them in a short period of time. Letterbox’s twist, though, is that it provides a url address for you to share so that you can play with your friends, which can work quite well in a classroom.

Stax is a game designed to help you learn about investing.  It also gives you the option of playing in groups you choose.

Naraview – A Good Way to Challenge Students to Make Connections Between Topics is from Richard Byrne.

Drawpoly is a neat Pictionary-like online game where you can play with your friends and classmates. It would be great for ELLs.

DrawGuess looks like a great online game for ELLs.

There are several Pictionary-like games on this list and they are all good. Skribbl, though, might be the easiest to play and quickest to understand. It would be nice regular addition to any ELL class and a fun occasional game for any other class to lighten things up.

“Fluent Key” Looks Like A Wonderful Video Tool For All Teachers

Draw Battle is an online Pictionary-like game. I’m not sure yet if it makes it past our school’s content filters. Right now, Drawpoly works great.

Word Tiles is a Scrabble-like online game that could be appropriate for advanced ELLs.

Wordle Cup lets you play a Wordle-type game, but in virtual rooms where you can compete with friends.

Wordle With Friends is another version where you can play with friends and classmates in a private virtual room.

Spardle is a Wordle-like game you can play with classmates in a virtual room.

Colludle is a Wordle-like game that can be played collaboratively by up to six people on video.

Drawpoly right now is the only online pictionary-style game that is not blocked by our district’s content filters.  Minibibl is a new one.  When I get back to school, I’ll have to see if it can get through.

As always, feedback and suggestions are welcome.

Resources On The Shooting Death Of Michael Brown

The Best Sites Where Students Can Participate In Citizen Science Projects