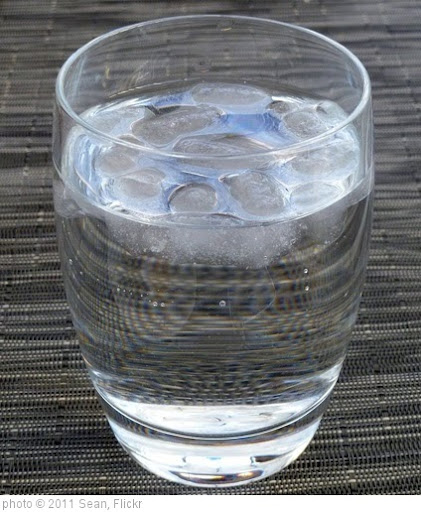 Seventeen years ago, the United Nations designated March 22nd as World Water Day. It’s designed to bring attention to the fact that over one billion people in the world are without access to adequate water, and focuses attention on the growing issue of “water privatization” — forcing many people to pay private companies exorbitant prices to obtain the necessary water to survive.

In addition to events that took place yesterday, many more are scheduled throughout the world during this coming week.

Here are my picks for The Best Resources For Teaching & Learning About World Water Day, and are accessible to English Language Learners:

The UN has a special site on World Water Day with lots of resources.

The New York Times has a video on a neat simple solution for clean water.

Safe Drinking Water is a site developed by the Academy of Sciences to highlight worldwide water issues. It has several good videos that are closed-captions, along with an atlas showing which countries have less or more access to water resources. It’s definitely accessible to Intermediate English Language Learners.

Here are some games designed to help people learn how to conserve water:

The CBBC Newsround has a very accessible Guide To Water.

The BBC has two useful interactives — one is a map of “water hotspots” and the other is a “Fact File.”

Ten Things You Should Know About Water is a good infographic.

Find Water Polluters Near You is an interactive from The New York Times. You can type in your zip code and then learn about nearby companies cited for polluting local water.

The Times also has a video called Toxic Waters.

The Coming Water Wars is a great infographic.

World Water Day is from The Boston Globe’s Big Picture.

From Lettuce to Beef, What’s the Water Footprint of Your Food?

There are several interactives to help you determine how much water you use:

Water Economics is the title of a neat infographic on water use around the world.

Absence of Water is an interesting slideshow.

“Glass Half Empty: The Coming Water Wars” is an infographic reviewing the water crisis in different parts of the world.

Water and Cities: Facts and Figures is a useful interactive.

These are three infographics from GOOD:

World Water Day is a photo gallery from The Atlantic.

World Water Day Challenge is a collection of infographics.

World Water Day 2012 is a photo gallery from The Boston Globe.

World Water Day 2013 is a photo gallery from The Boston Globe.

How much water do you use? is an interactive from The Washington Post.

See Where Access to Clean Water Is Getting Better—and Worse is from National Geographic.
The Daily Struggle for Clean Water is a series of photos from The Atlantic.

All Is Water: The Global Crisis in Photographs is from The Atlantic.

Aquation is a game just unveiled by the Smithsonian.

The UN said some 5.7 billion people may run short of drinking water by 2050 https://t.co/ovmjfidCxL
#WorldWaterForum8 pic.twitter.com/5cEV6jOWTV

Check out the World Water Atlas.

Coincidentally, both The New York Times published very depressing interactives on the same day about access to water in the United States and around the world:

A Quarter of Humanity Faces Looming Water Crises is from The NY Times.

Mapping the strain on our water is from The Washington Post.

Humans, the environment and the global water crisis – in pictures is from The Guardian.

Read about The Freshwater Access Game at Richard Byrne’s blog.

Some Interesting Resources On Human Evolution

Interactive Infographic: “How Green Is My State”