The Best Sites To Learn About “Earth Hour” 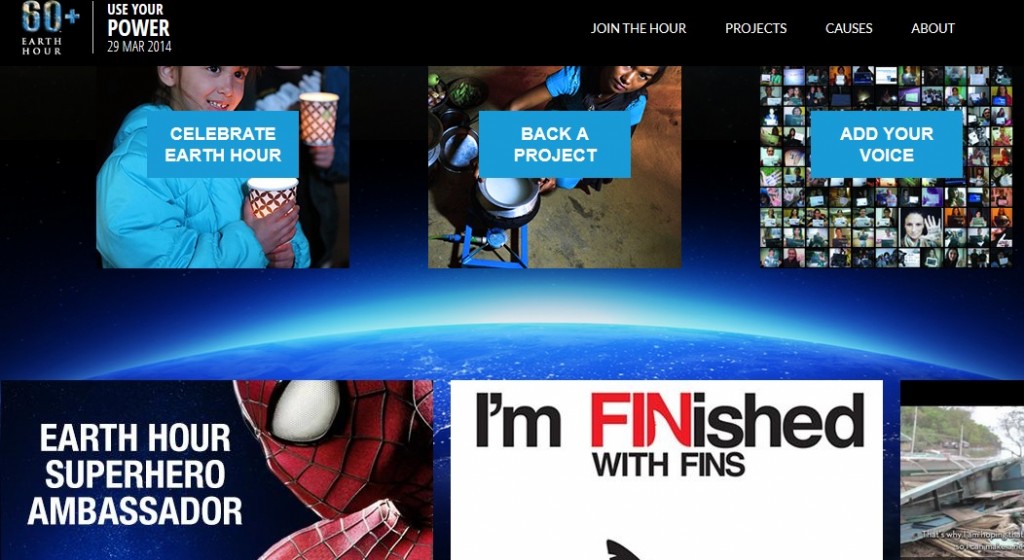 NOTE: In 2018, Earth Hour will take place on March 24th. Though all the materials on this list are still useful, you might want to go to the Earth Hour official website to get updated information.

“At 8:30 PM on Saturday 26th March 2011, lights will switch off around the globe for Earth Hour and people will commit to actions that go beyond the hour” say the organizers of the annual Earth Hour event.

Here’s a description of the event from the excellent Breaking News English site:

Millions of buildings around the globe will be dark for an hour….as Earth Hour takes place. The event is organized by the World Wildlife Fund. It started in 2007 as a way of drawing attention to the dangers of climate change. The Earth Hour website says: “For the first time in history, people of all ages, nationalities, race and background have the opportunity to use their light switch as their vote – Switching off your lights is a vote for Earth, or leaving them on is a vote for global warming.” Organizers hope their message will reach a billion people. UN Secretary-General Ban Ki-moon said Earth Hour promises to be “the largest demonstration of public concern about climate change ever attempted”.

This “The Best…” list is specifically about the Earth Hour event.  To learn more about climate change, you should go to The Best Sites To Introduce Environmental Issues Into The Classroom.

Here are my picks for The Best Sites To Learn About “Earth Hour” (and are accessible to English Language Learners):

First, of course, is the Breaking News English lesson I mentioned earlier in this post.  It’s titled World Prepares To Save Energy Tor An Hour. It’s designed for English Language Learners, and audio support is provided for the text.

Earth Hour 2008 Around The World is a slideshow from the Boston Globe.

Earth Hour 2009 is from the Boston Globe’s Big Picture.

Cities dim lights for Earth Hour is a slideshow from the BBC.

Earth Hour 2010 is from The Boston Globe’s Big Picture.

Earth Hour – in pictures is from The Guardian.

The Boston Globe’s Big Picture has a collection of photos called Earth Hour 2011.

The Atlantic has a similar photo collection.

Lights Off for Earth Hour is a Wall Street Journal slideshow.

Earth Hour 2012 is a photo gallery from The Boston Globe.

Worldwide blackout: Landmark buildings across the globe switch off their lights to celebrate Earth Hour is from The Mail Online.

In pictures: Earth Hour around the world is from The BBC.

Cities across the globe celebrate Earth Hour is a photo gallery from CNN.

Earth Hour 2013: Does it really save energy? is from The Christian Science Monitor.

Turning Off the Lights: Earth Hour 2016 is from The Atlantic.