The Best Sites For Learning About Mother’s Day 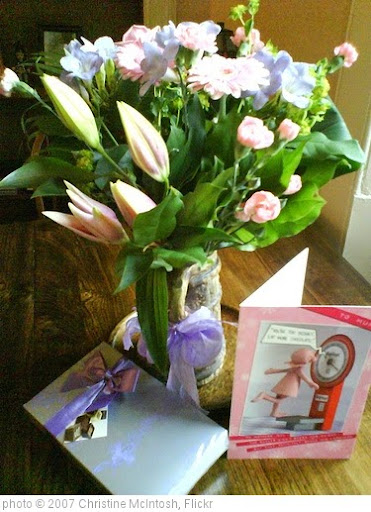 Mother’s Day is celebrated in the United States and in many other countries on the second Sunday of May.  You can see a list of all countries and when they recognize Mother’s Day here.

I thought it would be an occasion for another “The Best…” List.

Here are my picks for The Best Sites For Learning About Mother’s Day (and are accessible to English Language Learners):

ESL Holiday Lessons has A Mother’s Day Lesson with audio support for the text, and follows it up with an online sequencing activity.

You can send Mother’s Day eCards (you can post links to them on a teacher or student website) from Blue Mountain.

Who Came Up With Mother’s Day and Why? comes from How Stuff Works.

How Mother’s Day Works is an online video, also from How Stuff Works.

Here’s a printable cloze (gap-fill) on the holiday.

“Amazing Moms Of The Animal Kingdom” is a cute slideshow from TIME Magazine.

Mothers Day Dates around the world is an interactive graphic.

Celebrate: Save a Mother is a column from the New York Times’ Nicholas Kristoff. He writes:

So if one way to mark Mothers’ Day is to buy flowers for that special mom, another is to make this a safer planet for moms in general. And since we men are going to be focused on the flowers, maybe mothers themselves can work on making motherhood less lethal.

Kristoff goes on to suggest ways to do that. The text isn’t accessible to ELL’s, but parts could be modified. It’s a good take on Mother’s Day.

The Dish On Mom is a New York Times slideshow where four artists draw the meal that reminds them most of their mothers.

The Best and Worst Countries to Be a Mother is an interactive map showing the information.

How the World Celebrates Mother’s Day

Here’s an interactive map showing when Mother’s Day is celebrated in different countries around the world.

The New York Times has a neat interactive (and contest) where you can Share Six Words About Your Mother. It’s fun to see, even if you don’t want to contribute.

Beyond Flowers for Mom is a good article in The New York Times by Nicholas D. Kristof.

An interviewer went around New York City to ask various people to say thank you to their mother.

Celebrating Motherhood in Pictures is a slideshow from Smithsonian Magazine.

The Founder of Mother’s Day Later Fought to Have It Abolished is from Mental Floss.

This Is Your Body on Motherhood is a series of infographics from TIME.

Cruel Joke: What Will Your Mother’s Day Flowers Cost? is from Common Dreams.

Google created a Doodle in 2013 that let you make your own Mother’s Day card, and I think it might still work.

Why I hate Mother’s Day is by Anne Lamott.

May 9, 1858: Mother’s Day for Peace is from The Zinn Education Project.

Words of wisdom from mothers, recorded at StoryCorps is from the TED blog.

Map: The best (and worst) countries to be a mother is from The Washington Post.

Literature’s best and worst mothers as chosen by you http://t.co/neDbN4OI5S Happy #MothersDay! pic.twitter.com/454pe4d99H

How one woman’s obsession made Mother’s Day last http://t.co/QLFc89p6Kp pic.twitter.com/Gw53p0w7iV

Moms Around The World Teach Their Kids A Lot Of Cool Rules is from NPR.

The founder of Mother’s Day didn’t want you to celebrate it like you probably will is from Vox.

Mother’s Day, or Día de las Madres, is also a reminder for these undocumented moms of the difficult decisions they’ve made for families: pic.twitter.com/gMH5HRwR4P

We sent disposable cameras to mothers around the world. Here are their photos. https://t.co/UAzMzhvhaS pic.twitter.com/qS3lQSrYRw

From a single mom in Tokyo to an extended family in Iraq, see photos of motherhood around the world https://t.co/VJkTJqJrTg pic.twitter.com/9MxV5Qgocs

Baby Animals & Their Moms (Because it’s Mother’s Day) is a photo gallery from The Atlantic.

Gabe López remembers when things really changed for him as a transgender kid. With his mother by his side, he knew he wasn’t alone.

In preparation for Mother’s Day, listen to stories of mother-child relationships in our new story collection: https://t.co/SGg2PoWryQ pic.twitter.com/XKQFl3mUIk

#Teachers: Have students learn about the origins of #MothersDay and discover #CensusData on mothers.

Infographic: “Opinion of the United States across the world”