The Best Sites For Learning About The Afghanistan War

FIVE VIDEOS ABOUT THE ONE-YEAR ANNIVERSARY OF THE U.S. WITHDRAWAL FROM AFGHANISTAN

As I’m sure you know, President Biden announced that all U.S. troops will withdraw from Afghanistan by September 11th of this year.

Here are two up-to-date and accessible timelines of American involvement in the war:

The war in Afghanistan: America’s longest conflict in photos is from The Washington Post.

The U.S. War in Afghanistan is from The Council on Foreign Relations.

NOTE: I’ve been steadily adding to this list since 2009. Here are the  latest additions:

Photos From America’s Longest War is from The NY Times. 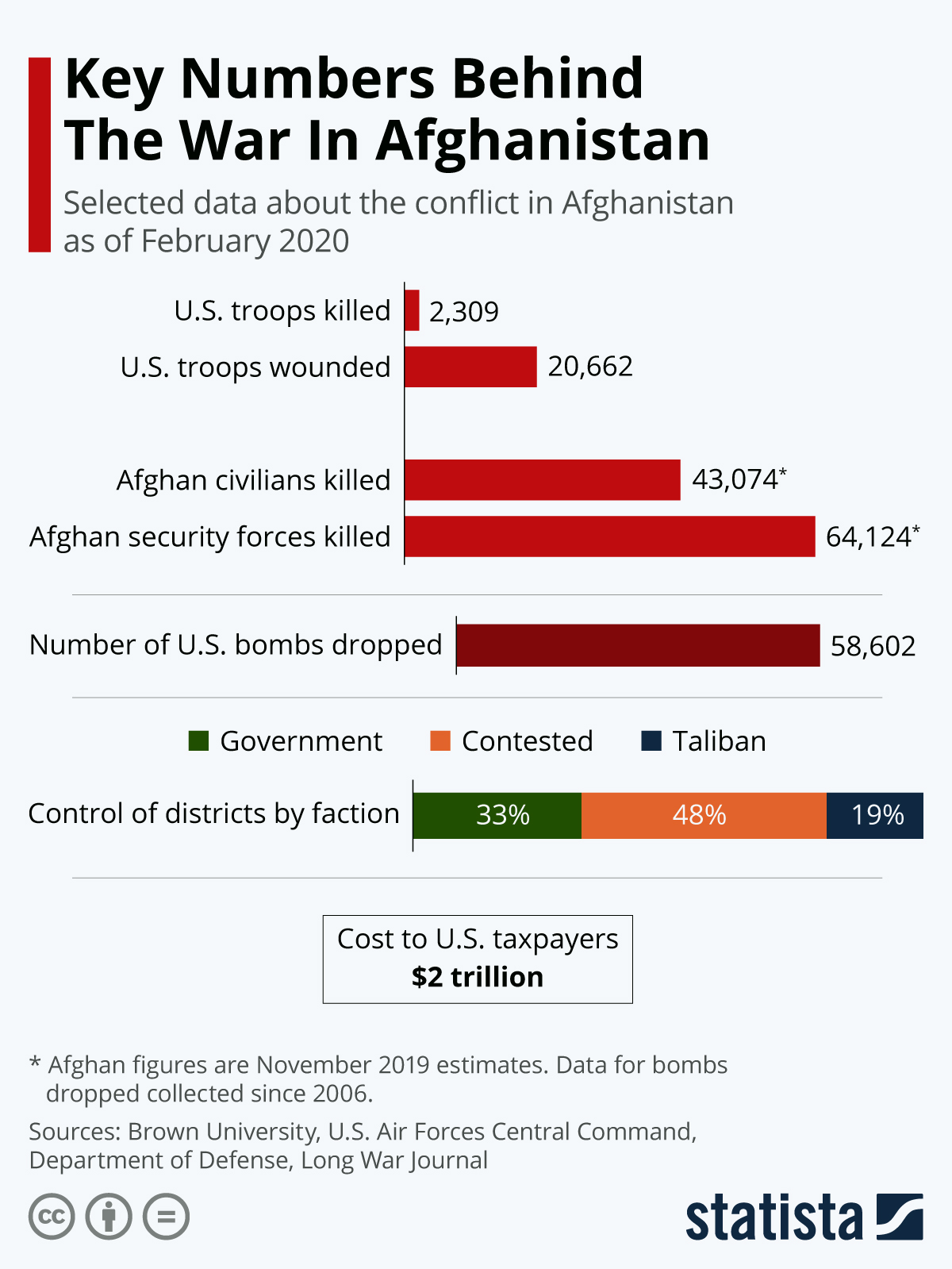 Beheadings, roadside bombs and airstrikes: one day in Afghanistan is from The Guardian.

Ten years since Afghanistan war began is from the CBBC Newsround.

With President Obama’s recent announcements about sending more troops to Afghanistan, I thought it would be a good time to create another “The Best…” list.

I’m not very pleased with how this list is organized — I could not quite figure out a logical order.  However, as I add to and edit this post I hope to fix that problem.  I was also disappointed that there doesn’t appear to be much out there that has been developed specifically for English Language Learners on this topic.   I was just not really able to find anything out there that provides a more “nuanced” analysis of the war that would also be accessible to ELL’s.  I guess I’m going to have to come-up with something when we study it next month in U.S. History.

Here are my picks for The Best Sites For Learning About The Afghanistan War (and, of course, are accessible to English Language Learners):

It has a British focus, but the CBBC Newsround, as usual, has a very accessible and short overview of the war.

The Wall Street Journal has a video on President Obama’s recent decision to increase troop strength in Afghanistan.

Recent Scenes From Afghanistan is a series of images from The Boston Globe’s Big Picture.

Documenting The Return of US War Dead is a series of images from The Boston Globe’s The Big Picture documenting the return of the bodies of soldiers killed in Iraq and Afghanistan. It was the first such event allowed to be covered by the media in eighteen years.

Media Show War Dead After Eighteen Year Ban is from Breaking News English and provides audio support for the text.

Here is an article and video about fifteen U.S. troops becoming American citizens just before they were sent to Afghanistan.

Here is a slideshow from The New York Times about Afghani women who had acid thrown in their face because they went to school. The men are “thought to be from the Taliban.”

In Afghanistan… is a series of photographs from The Big Picture.

Here are a number of multimedia resources on Australian troops in Afghanistan.

The Wounded of Afghanistan is a slideshow from The New York Times highlighting civilians who have been injured in the fighting.

Afghanistan, September, 2009 is a series of photos from the Boston Globe’s Big Picture blog.

Afghanistan, January, 2010 is a series of photos from The Boston Globe’s Big Picture.

Five Rungs Of The Traditional Afghan Tribal System is a pretty impressive infographic published by The New York Times.

I don’t think it’s particularly accessible to English Language Learners in its present form, but it could be simplified easily by a teacher. More importantly, I think it could be an excellent model to show students and then ask them to draw their own versions representing their native culture. For example, Hmong students could make one showing the different clans; Mexican students could show local support “groups” here in this country composed of immigrants from different Mexican states and villages, and how they connect back to the native country, etc.

“Iraq & Afghanistan War Casualties” is a pretty amazing interactive graphic from CNN showing all U.S. casualties from both wars.

The Boston Globe’s Big Picture, which I think provides the best images of current events going on in the world, has a monthly series on what’s going on in Afghanistan. You can access all of them — past and future — at this link.

Today, The New York Times began a special one year project following a a U.S. Army battalion that is being deployed to Afghanistan. A Year A War is a multimedia interactive feature.

A Taste of Home in Foil Packets and Powder is an interactive from The New York Times which shows what troops from fourteen different countries eat while stationed in Afghanistan. It’s pretty interesting.

‘We Are Inside the Fire’: An Oral History of the War in Afghanistan is from The NY Times.

INFOGRAPHIC OF THE WEEK: “MAP EXPLAINER: KEY FACTS ABOUT AFGHANISTAN”