The Best Sites To Learn About Mexico’s Drug War 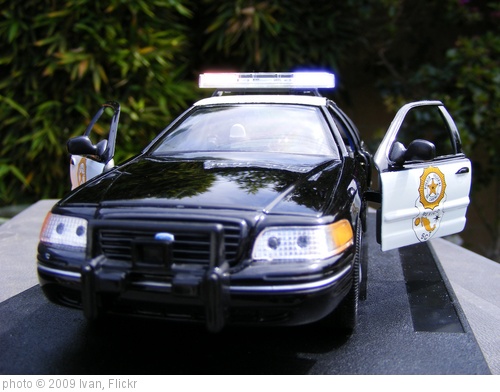 With President Obama visiting Mexico today and Mexico’s drug war on the top of the agenda, I thought a quick “The Best…” list on the crisis in Mexico would be timely and useful.

Late last year I spent a little time in my Intermediate English class on what was going on there and it resulted in a lot of multicultural exchange going on. Previously,  when leaders of the Hmong community were indicted here in Sacramento for planning a coup in Laos, non-Hmong English Language Learners in our classes were fascinated to learn about the Hmong stories.  Non-Latino ELL students were equally as interested in learning about this Mexican crisis.

Here are my picks for The Best Sites To Learn About Mexico’s Drug War (and, of course, are accessible to English Language Learners):

Mexico Under Siege is the title of a special feature from the Los Angeles Times about the ongoing drug war happening in Mexico. It’s a pretty impressive production.  It includes an interactive map that shows what is going on in the communities where a number of my student’s families had lived and, in many cases, still do so.

Here’s another interactive map — this one from The New York Times — showing The Reach of Mexico’s Drug Cartels.

MSN has an excellent interactive on Drug Trafficking in Mexico.

Mexico’s Growing Drug Violence Worries U.S. is from the Voice of America.  You can also click on a video on the same page.  The article is a transcript of the video narration.

Mexico At War is special multimedia presentation from The Washington Post.

Mexico’s Drug War is from The Boston Globe’s Big Picture.

Mexico’s Drug Wars is a series of photos from The Denver Post.

Guns Without Borders is a slideshow from The New York Times about the huge quantity of guns from the United States that are finding their way into the hands of the Mexican drug cartels.

American Guns In Juarez is a New York Times video exploring the same issue. This video has some graphic scenes.

Here’s a CBS video report on President Obama’s visit that highlights 90% of the weapons used by the drug cartels were purchased legally in the United States.

Drug War In Mexico is a series of photographs from The Sacramento Bee.

Drug, Violence In Mexican Border Town is a slideshow from CNN.

The BBC has an audio slideshow on Mexican Drug Violence.

In Juarez, The Military Tackles Murders is a slideshow from The Washington Post.

War Without Borders is an audio slideshow from The New York Times.

Mexico Under Seige is a slideshow from MSNBC.

Mexico At War is a Washington Post interactive that includes a photo gallery, map, and online video.

The Associated Press has a new interactive on the Mexican Drug Cartels.

In Mexico, the Violence Continues is a slideshow from The New York Times.

The Wall Street Journal has an interactive titled Amid Rising Violence, Mexicans Fight Back.

Mexico’s War On Drugs is also from The Wall Street Journal, and is an updated interactive timeline.

Family Gunned Down After Funeral is another slideshow from The Wall Street Journal.

Narco State is a series of photos documenting the drug war going on in Mexico. Here’s a link to a video on the same topic.

The Washington Post has a fascinating story and slideshow about a museum the Mexican government has to help its officials and foreign guests learn about the drug war it’s fighting. It’s not open to general public. Mexican museum details the real enemy: drug cartels is the name of the slideshow. Here’s how the article describes it:

Army Capt. Claudio Montane, the museum’s curator, meets visitors at the door and explains, “The idea is to show the history of drugs, the various methods of the narcos, our operations and interceptions against them, as well as their mode of life, the social phenomenon of this narco-culture.”

The article isn’t accessible to ELL’s, but portions could be modified. It’s titled In harsh reflection of reality, Mexico’s Museum of Drugs outgrowing its space.

The Los Angeles Times has a video about the museum.

“Postcards From A Violent City” is a slideshow from The Wall Street Journal about the violence in Ciudad Juarez.

Troubled Saints is the title of a National Geographic article about non-traditional “saints” Mexicans are turning to in the face of the drug war. The article isn’t accessible to English Language Learners, but portions could be modified by teachers. There is, however, a slideshow that is accessible.

Mexico’s Drug Killings is an interactive from The Wall Street Journal.

“Failed Drug War: U.S. And Mexico Losing Battle Against Cartels” is an interactive from The Associated Press.

Mexico Drug Cartels’ Territory is an interactive map from NPR.

Inside Mexico’s Drug War is a slideshow from The Washington Post.

Mexico’s Failing State is a slideshow from The Wall Street Journal.

Here’s an infographic on the drug war.

Mexico’s drug war is a series of photos from The Boston Globe’s Big Picture.

Q&A: Mexico’s drug-related violence is from The BBC.

This video, Narcocorridos: Singing Songs of Drug Violence, comes from TIME Magazine. I’m adding it to The Best Sites To Learn About Mexico’s Drug War:

War Turning Mexican Kids Into Targets, Killers is from NPR.

In pictures: Mexico anti-drugs march comes from the BBC.

A Day in Mexico’s Drug Wars is a Wall Street Journal interactive.

Drug war: Cartels unrelenting in bloody conflict is an interactive from the Associated Press about the Mexican drug war.

Can This Poet Save Mexico? is an article from The New York Times.

An interactive guide to drug crime in Mexico is from The Economist.

Seven major drug cartels divide Mexico is an interactive from The Associated Press.

Family caught between cartel violence and poverty is a moving story in today’s Sacramento Bee about the impact the Mexican drug war has had on two of my students — Abigali Aguirre (who I’ve been lucky enough to have as a student for the past two years), her sister Ali (who I hope to have in my class this year) and their courageous mother.

New Gates Foundation-Supported Video: “You Are Not The Majority”