The Best Sites For Discussing The Morality Of Torture 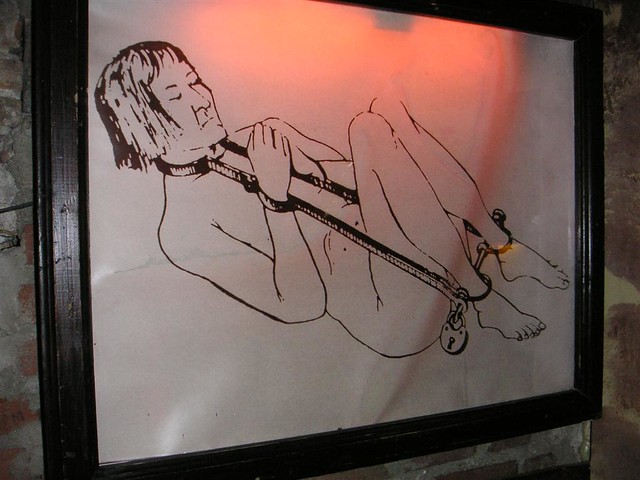 I was originally going to publish this “The Best…” list in June and time it with the International Day in Support of Victims of Torture on June 26th — sponsored by the United Nations.

However, the furor accompanying last week’s release by the Obama administration detailing the “brutal interrogation techniques” (a description that many news organizations have used, including The New York Times) used by the United States on terrorist suspects has prompted me to create this list sooner.

This list is a little different from most of my other ones, since many of these materials will need to be modified by teachers to be made accessible to English Language Learners (however, several are usable without modification). It was difficult to find good resources that would be accessible to ELL’s. I decided to make this list, though, because I think this public attention offers a great learning opportunity for all students, including my own. Plus, I figured I could use some of these resources in the International Baccalaureate Theory of Knowledge class that I’ll be teaching next school year.

Some of the videos show graphic content that would not be appropriate for younger students.

Here are my picks for The Best Sites For Learning & Discussing The Morality of Torture (not in order of preference):

The New York Times has a short and surprising accessible article reporting on President Obama’s speech at the Central Intelligence Agency headquarters today explaining why he released the memos describing the interrogation techniques and why the United States will not use torture.

This infographic also shows how waterboarding is done.

PBS has a lesson plan related to Abu Graib and an online video called The Torture Question.

Breaking News English has a lesson on torture that provides audio support for the text.

The same lesson has a follow-up online exercise.

English Club has a good introduction to a lesson on torture that can be used in the classroom.

Live Science has an interesting article titled Torture Has A Long History…Of Not Working.

The New York Times Learning Network (which is on The Best Places To Find Free (And Good) Lesson Plans On The Internet list) just published a good classroom lesson plan on torture, which can be modified for ELL’s.  It’s called The Torture Question. The article Torture Versus War goes along with it.

The New York Times has a video interview with a former U.S. interrogator that is very interesting, though challenging for ELLs.

June the 26th is International Day in Support of Torture Victims is a lesson plan specifically for English Language Learners.


As always, feedback is welcome.