The Best Sites To Learn About The Hubble & Webb Telescopes 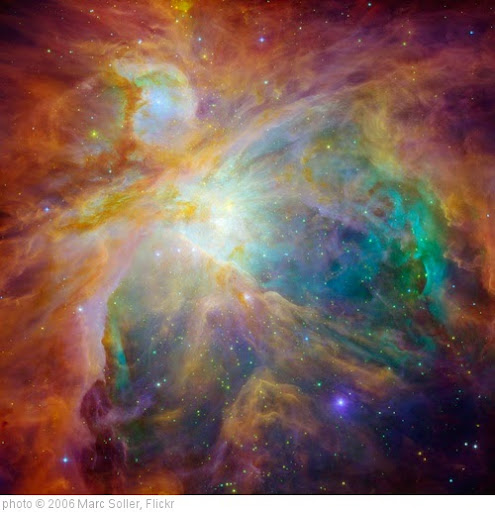 With the Space Shuttle taking off to make repairs to the Hubble Telescope, I thought I’d put together a quick “The Best…” list related to it.

Here are The Best Sites To Learn About The Hubble Telescope (and are accessible to English Language Learners):

The New York Times also has a similar feature.

Snapshots From Hubble is a slideshow from The New York Times.

Preparing to Rescue Hubble is from the Boston Globe’s Big Picture.

The CBBC Newsround has an accessible explanation of The Mission to Fix Telescope.

The Universe, In High Definition is a slideshow from The New York Times.

The BBC has article, infographic and video on the upcoming replacement to the Hubble Telescope, called the James Webb Space Telescope.

Hubble’s Hidden Treasures is from The Atlantic.

25 Years of Cosmic Treasures: Hubble’s 12½ Greatest Hits is from Slate.

A Hubble Birthday Bubble in Clear View is from The NY Times.

Twenty-Five of Hubble’s Greatest Hits is from National Geographic.

What Did Hubble See on Your Birthday? is from NASA.

#Hubble30 For its 30th anniversary, Hubble presents a colorful scene nicknamed the “Cosmic Reef.” These two nebulas, NGC 2014 in red & NGC 2020 in blue, are part of a vast star-forming region in a nearby galaxy & are illuminated by young, massive stars: https://t.co/tWW42JAu3w pic.twitter.com/rdmCUS9ZMH

Exploring the Expanse: 30 Years of Hubble Discoveries is an infographic from Visual Capitalist.

New telescope to unlock mysteries of the cosmos is from NBC News.

Lesson Plan: The First Images From the James Webb Space Telescope is from The NY Times Learning Network.