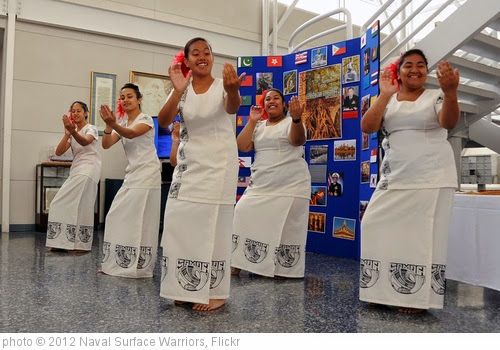 May is Asian Pacific American Heritage Month in the United States. Here’s a short explanation of its background from Infoplease:

“In May 1990 …President George H. W. Bush designated May to be Asian Pacific American Heritage Month. May was chosen to commemorate the immigration of the first Japanese to the United States on May 7, 1843, and to mark the anniversary of the completion of the transcontinental railroad on May 10, 1869. The majority of the workers who laid the tracks were Chinese immigrants.”

The name has since been changed to Asian American and Pacific Islander Heritage Month.

The Best Websites To Learn About The Hmong

TERRIBLE STATISTIC OF THE DAY: 3,800 “HATE INCIDENTS” AGAINST ASIANS DURING PANDEMIC

Here are my choices for The Best Sites For Asian Pacific American Heritage Month (not in order of preference, and that are, of course, accessible to English Language Learners):

Colorin Colorado has resources on the month specifically for ELL’s.

Infoplease has a lot of resources, though most are not necessarily accessible to ELL’s and would have to be modified by a teacher. But it’s a great site, nevertheless.

Most of these lessons (apart from the resources at Colorin Colorado), though, would have to be modified for ELL’s.

Moving photographs of Japanese American internees, then and now http://t.co/KSquhLyI0T via @MotherJones

May 1 marks the start of Asian-Pacific American Heritage Month. Visit this page for resources http://t.co/cKbcsoIpqm pic.twitter.com/KnnIlejHtv

Here’s a Playing For Change video. This is how they describe it:

“Hawai’i Aloha” features dozens of Hawai‘i’s top artists across many genres, and over 1,000 youth from 10 Hawaiian charter schools in one epic song. Recorded live across 27 locations, this is Hawaiiʻs most widely known song, used to close important gatherings of all sizes. It is a song of unity and Aloha ‘Aina (Aloha for one’s birthplace, land and home).

I Am Asian American is from Teaching Tolerance.

‘I am not exotic. I am a human.’ — This is why we need Asian American and Pacific Islander Heritage Month pic.twitter.com/GVX9ZY9tqC

May is Asian American and Pacific Islander Heritage Month! Check out our latest Moment for a collection of TT resources to celebrate the heritage of this diverse group of Americans. #AAPIHM https://t.co/XzFpdELSdq pic.twitter.com/hB2w4gWjzA

Write Our Stories is a huge collection of stories from NBC News related to Asian American and Pacific Islander Heritage Month.

Learning Together is a new teacher resource site from the Smithsonian Asian Pacific American Center. It seems to focus on a new theme each month (how did I not know that April was Arab American Heritage Month?), and collects past resources in its archives section.

Asian Americans is the PBS site for the series of the same name.

The Diversity of Asian American and Pacific Islander Identities is from Teaching Tolerance.

AAPI FRONTLINE is from NBC News.

Viral Histories: Stories of Racism, Resilience, and Resistance in Asian American Communities is from The Smithsonian.

Google has made an announcement:

Their announcement shares lots of details – it looks pretty impressive.

Just note that the announcement itself doesn’t include the correct link to the new site (though I’m sure they’ll fix it soon).  Go to the link that I’ve included in this post.

May Is Asian American and Pacific Islander Heritage Month! is from Learning For Justice.

Asian Americans and Pacific Islanders share their stories of racism and discrimination and how they’ve stood up. is from NBC News.

Classroom Resources on AAPI History and Contemporary Life is from Facing History.

Asian Pacific American History is from The Smithsonian.

100 ways Asian American and Pacific Islander communities and allies have found solutions to racism and violence. is from NBC News.

Perfect little short to make you tear up and feel proud to be Asian American for #AAPIHM pic.twitter.com/chP639gctE

“A Decade Of War”

The Best Tools For Creating Fake “Stuff” For Learning