The Best Sites Where Students Can Learn About Inventions 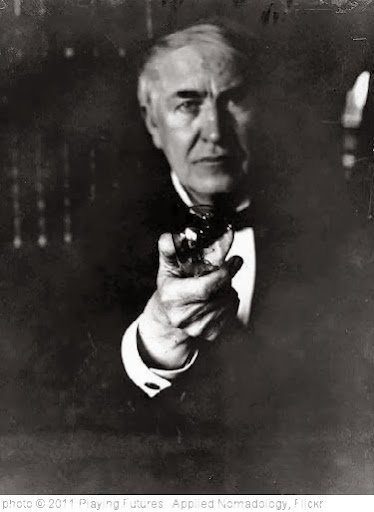 Learning about inventors and inventions can be connected to many different subject areas, and offers lots of opportunities for English-language development.  Plus, students often find it pretty engaging.

The Best Sites For Learning About The History Of Technology

The Best Sites For Learning About Leonardo Da Vinci

Here are my choices for The Best Sites Where Students Can Learn About Inventions:

Fact Monster also provides information on many types of inventions, though it’s not as accessible as the CBC site.

Zoom Inventions and Inventors has a lot of very accessible information.

Here’s a video about American Inventors.

How Stuff Works has quite a few short videos on inventions.

You can learn a lot at Invention Facts And Myths.

Take a look at some Ancient Inventions.

The History Channel has a number of short video clips on different inventions.

Here’s a relatively accessible description of how television was invented.

The INDEX Award winners for this year have just been announced. It’s a Danish-based effort that provides large cash prizes for “designs to improve life.” You can also read more about it at this San Francisco Chronicle article.  It’s really a neat idea, and a great site. If you click on any of the categories at the top of the Index page — Body, Home, Work, Play, Community — it will bring you to very short multimedia presentations on each invention, and they’re very accessible to English Language Learners.

Inventors And Their Inventions is a TIME Magazine slideshow.

Inventions: the weird and the wonderful is a new slideshow from The Guardian newspaper.

TIME Magazine has just published The 50 Worst Inventions. This is how they describe it:

From the zany to the dangerous to the just plain dumb, here is TIME’s list (in no particular order) of some of the world’s bright ideas that just didn’t work out.

The 50 Best Inventions of 2010 has been published by TIME Magazine.

“Science Of Everyday Life” is a neat interactive timeline of inventions, and comes from Discovery Education.

This interactive from Prentice-Hall focuses on a few early U.S. inventors.

This Brainpop movie on Thomas Edison (it requires a subscription, but offers a free trial) includes quizzes.

Watch these early films made by Edison.

How Edison Are You? is a pretty “non-linear” site about Thomas Edison. There’s a timeline and many images of his inventions.  It’s a bit tricky to navigate, and not super-accessible to English Language Learners because of it, but this resource is a nice complement to all the other Edison sites.

Print-out and complete this cloze (fill-in-the-gap) about the Wright Brothers.

Here’s a downloadable worksheet on strange inventions from ESL Printables. They have a second one, too.

Here’s an animation of the first printing press.

Check-out Devices Of Wonder from the Getty Museum

Learn about a cardboard box solar cooker that won an invention contest. Audio support is provided for the text.

Universal Leonardo has a bunch of great online interactive experiences students can have with Leonardo da Vinci’s drawings and experiments.

Read and answer the questions about Alexander Graham Bell.

Read and answer the questions about Thomas Edison.

Rube Goldberg made complex machines for performing simple tasks. You can see a video of one of a Rube Goldberg machine here and create your own online version of one here.

Invent your own “gadget” at Kids.com.

Invent something at the Invention Factory.

Take a look at 30 Of The World’s Strangest Inventions.

This one doesn’t necessarily fit in any of my four categories, but here’s a bunch of PowerPoint presentations on inventors and inventions.

“32 Innovations That Will Change Your Tomorrow”

Forget Edison: This is How History’s Greatest Inventions Really Happened is from The Atlantic.

7 Amazing Teenage Inventors is from TIME.

The New York Times Magazine has published their “innovation issue.” It has a very engaging “interface” and provides accessible information on the origins of fifty inventions.

The 50 Greatest Breakthroughs Since the Wheel is from The Atlantic.

“How We Got To Now” Looks Like A Terrific PBS Series

ITN has created a nice interactive timeline of major inventions from the past 114 years.

This video and lesson is a couple of years old, but is new to me. Here’s how TED-Ed describes it:

Invented in 1793, the cotton gin changed history for good and bad. By allowing one field hand to do the work of 10, it powered a new industry that brought wealth and power to the American South — but, tragically, it also multiplied and prolonged the use of slave labor. Kenneth C. Davis lauds innovation, while warning us of unintended consequences.

‘From Atoms to Bits’: A Brilliant Visual History of American Ideas is from The Atlantic.

The 50 Most Influential Gadgets of All Time is a fascinating report/slideshow just published by TIME.

TED-Ed has released a video and lesson on How the stethoscope was invented.

In addition, I learned that it was the seventh in a series on inventions. The series is called “Moments Of Vision” and you can find the entire playlist here.

What Fantasy Invention Would You Want to Exist in Reality? is from The New York Times Learning Network. It’s similar to a lesson I do with students.

You can find the Who Made That? columns referred to in this tweet here:

Today 6th graders are using @NYTimesLearning Who Made That? articles to do research and write their own expository blog posts on objects from trampolines and emoticons to the ice cream cone and the spork! pic.twitter.com/z9rux353dv

Long Waves: The History of Innovation Cycles, is from Visual Capitalist. You can find more information on it – and a bigger version – at the link. 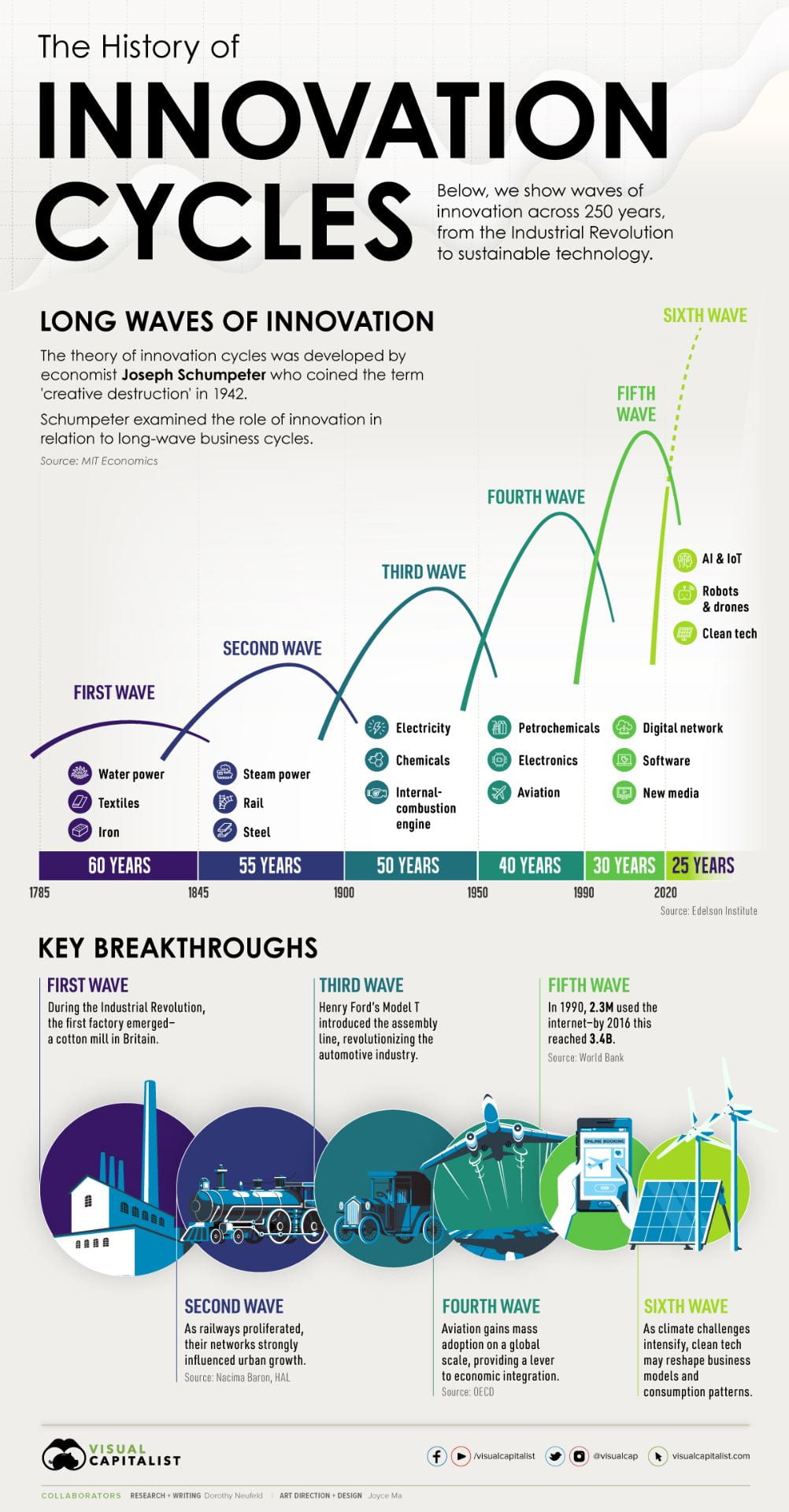 5 Inventions That Changed The World is from Not Exactly Rocket Science.

The Best Sites To Learn About Los Angeles

Holocaust Remembrance Day Is May 1st

Part Six: Important Tweets About The Murder of George Floyd