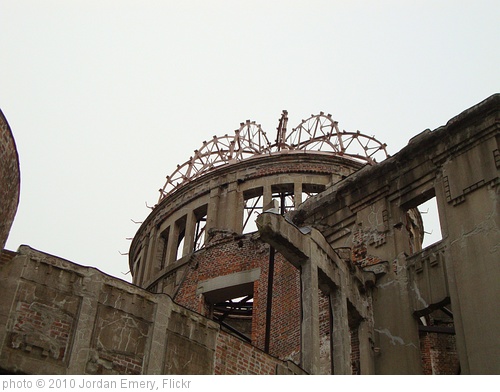 Tomorrow is the anniversay of the atomic dropping of Hiroshima.  I thought a “The Best…” list of related resources that are accessible to English Language Learners might be useful.

Here are my choices for The Best Resources For Learning About The Atomic Bombings Of Japan:

The Big Picture has series of photos titled Hiroshima, 64 years ago.

The New York Times has a Hiroshima slideshow.

The History Channel has a number of short videos on the atomic bombings.

How Stuff Works also has a number of related short videos.

Breaking News English has online materials that provide audio support for the text on the Hiroshima bombing.

ESL Holiday Lessons has a number of good printables on Hiroshima Peace Day.

CBBC Newsround, as always, has a very accessible overview of what happened, including photos.

The U.S. Government recently declassified photos taken after the atomic bombing of Hiroshima. The New York Times has created slideshows from some of the images.

Here are links to Amazing Panoramic Photos Of Hiroshima After The Atomic Bomb Blast.

Hiroshima and the nuclear age – a visual guide is from The Guardian.

What it would look like if the Hiroshima bomb hit your city is from The Washington Post.

Hiroshima Atomic Bomb Survivors Pass Their Stories to a New Generation is from The New York Times.

When time stood still: A Hiroshima survivor’s story is from The BBC.

On August 6th 1945, the first atomic bomb to be deployed in warfare was dropped on Hiroshima http://t.co/LuOCGftYVZ pic.twitter.com/53aOWa0t0n

What would happen if an 800-kiloton nuclear warhead detonated above midtown Manhattan? is from The Bulletin of The Atomic Scientists.

An illustrated history of the Hiroshima and Nagasaki nuclear bombings is from The Washington Post.

Hiroshima: Before and After the Atomic Bombing is a series of photos from The Atlantic.

HIROSHIMA; Justified Bombings? A Survivor’s Reply is from The New York Times.

Survivors Recount Horrors of Hiroshima and Nagasaki is from The New York Times.

President Obama was the first sitting U.S. President to visit Hiroshima. Here are resources about that visit:

Pres. Obama visits Hiroshima is a photo gallery from The Boston Globe.

Hiroshima Survivor Cries, and Obama Gives Him a Hug is from The NY Times.

Here is the transcript of his speech.

And here’s an excerpt from it: 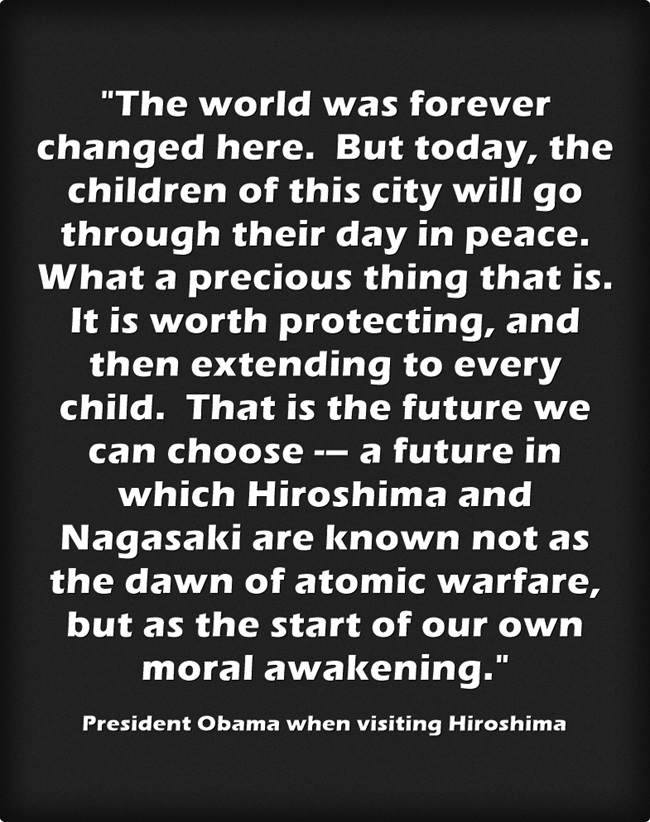 Was it right to bomb Hiroshima? is an interactive from the BBC.

What if your hometown were hit by the Hiroshima atomic bomb? is from PRI.

You Decide: The Atom Bomb? | A Biography of America is from PBS.

Here’s an Associate Press interactive on the bombings.

The New York Times has published this 360 video of the atomic bombing of Hiroshima (you have to go directly to their site for the 360 effect):

Hiroshima survivors worry that world will forget is from The Washington Post.

As always, suggestions and feedback are welcome.