The Best Web Resources For Learning About HIV & AIDS 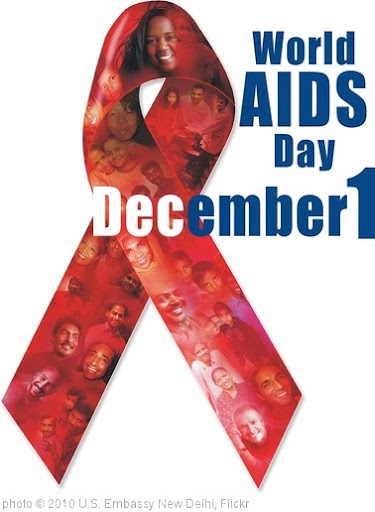 (World AIDS Day is recognized every December 1st. You can see a lesson plan for English Language Learners at ESL Holiday Lessons)

With the announcement earlier this week of a possible breakthrough in finding a vaccine against HIV, I thought I’d put together a quick list of related resources that are accessible to English Language Learners.

This is not by any means exhaustive, and I’m hopeful readers will contribute additional links.  They’re not in any particular order. Some of these sites are probably not appropriate for younger students.

Here are my choices for The Best Web Resources For Learning About HIV & AIDS (and are accessible to English Language Learners):

The CBBC Newsround, as usual, has an excellent feature on AIDS that’s very accessible to ELL’s. It’s called What is Aids?

Here’s another simple explanation, with pictures, that has the same title What Is Aids? It’s from the Japa Network, which also hosts a quiz: HIV & AIDS: How much do you know?

Here’s a simple reading and quiz designed for ELL’s titled Is it Difficult to Catch HIV/AIDS?

HIV: How can I protect myself? is a cloze (gap-fill) exercise for ELL’s.

Patient Voices: AIDS and H.I.V. is from The New York times and shares short interviews with people diagnosed with HIV. It might only be accessible to high Intermediate ELL’s.

Here’s a Webquest titled It Won’t Happen To Me! that’s designed for ELL’s.

AIDS In Uganda is a slideshow from The New York Times.

The New York Times has an article (that would have to be modified for ELL’s) on an unusual way celebreties will be raising funds on World AIDS Day on December 1, 2010.

30 years of fighting AIDS is an infographic from The Orange County Register.

The fight against AIDS, 30 years on is a chart from The Economist.

Emory University has introduced AIDSVu, an interactive map that provides a detailed view of the number of people living with an HIV diagnosis in the United States by state and county.

Teach Aids has good multilingual animations. You can read more about it at Richard Byrne’s blog.

World AIDS Day 2011 is a slideshow from The Boston Globe.

The Photo That Changed The Face Of AIDS is from NPR.

Timeline: Key Moments In The Fight Against HIV/AIDS is from NPR.

The AIDS Quilt has gone online here, and you can read more about it here.

Track The Spread Of AIDS Across The Globe is an interactive from NPR.

The Washington Post published this story of a man working with a Finnish broadcasting company to “to demonstrate both what it is like to live with HIV-related stigma and raise awareness of HIV.”

Charlie Sheen disclosed he has HIV. Here’s the state of the disease in America. is from The Washington Post.

More facts and statistics about the disease: https://t.co/TBASiB1pvl #WorldAIDSday pic.twitter.com/cQsm6VLwjC

Part Two Of The Best Comic Strips For Students & Teachers — 2010

The Best Ways To Receive Questions Electronically While Leading A Workshop