The Best Sites To Learn About The Nobel Peace Prize 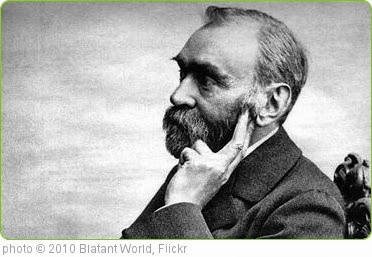 The United Nations World Food Programme has been awarded the Nobel Peace Prize.

You can learn more about their being give the prize at CNN.  You can also learn about an activity they sponsor on October 16th, World Food Day, at The Best Sites To Learn About World Food Day.

Ethiopia’s Abiy Ahmed has won this year’s Nobel Peace Prize. Here’s why. is from CNN.

What’s next for Ethiopia now that Prime Minister Abiy Ahmed has won the Nobel Peace Prize is from Fast Company.

Denis Mukwege and Nadia Murad have been awarded the 2018 Nobel Peace Prize. Here’s the first paragraph of what The NY Times wrote about the announcement:

The 2018 Nobel Peace Prize was awarded on Friday to two campaigners against wartime sexual violence: Dr. Denis Mukwege, 63, a Congolese gynecological surgeon, and Nadia Murad, 25, who became the bold, dignified voice of the women who survived sexual violence by the Islamic State group.

Nobel peace prize 2018 won by Denis Mukwege and Nadia Murad is from The Guardian.

The Nobel Peace Prize 2018 winners brought attention to sexual abuse in conflicts is from The Washington Post.

Here are Facebook Lives I’ve done with the new Nobel Peace Prize winners, Denis Mukwege https://t.co/3duw3Rckq6 and Nadia @NadiaMuradBasee https://t.co/I1IMKRWznL Both are tremendous humanitarians and advocates, fighting for peace for Congo and justice for the Yazidi.

The International Campaign to Abolish Nuclear Weapons has been awarded the Nobel Peace Prize.

Here are some resources on the organization (you might also be interested in The Best Sites For Learning About Nuclear Weapons):

Nobel peace prize 2017: International Campaign to Abolish Nuclear Weapons wins award – as it happened is from The Guardian.

The Nobel Peace Prize has gone to Colombia’s president for his peace deal with rebels, even though it failed is from Quartz.

National Dialogue Quartet, a group that helped preserve Tunisia’s dreams of democracy in 2013, has won this year’s [2015] Nobel Peace Prize, with the Nobel Prize Committee citing its “decisive contribution to the building of a pluralistic democracy in Tunisia.”

Nobel Peace Prize Given to National Dialogue Quartet in Tunisia is from The New York Times.

The 2015 Nobel Peace Prize winner, explained is from Vox.

“the Norwegian Nobel Committee… awarded the 2014 peace prize to Malala Yousafzai of Pakistan and Kailash Satyarthi of India, joining a teenage Pakistani known around the world with an Indian veteran of campaigns on behalf of children.” (You might also be interested in The Best Resources On Malala Yousafzai.

You can learn more at The Best Resources For Learning About Chemical Weapons.

The European Union has been awarded the 2012 Nobel Peace Prize. Here are some resources on them and their award:

European Union wins 2012 Nobel Peace Prize is a video from the BBC.

European Union: Key Moments is a slideshow from The PBS News Hour.

Nobel Peace prize winners – the full list is an infographic from The Guardian.

A closer look at the Nobel Peace Prize is a video and article from CNN.

The 2010 Nobel Peace Prize has been awarded to Liu Xiaobo, a leading Chinese dissident who is serving an 11-year prison term. You can learn more about him at CNN.

Here is a video from The Guardian about Liu Xiaobo’s award.

The BBC has a short article about Liu Xiaobo titled Liu Xiaobo: 20 years of activism.

Why the Nobel Peace award upset China is an article from CNN with many related videos.

A chair and a photo stand in for Liu Xiaobo at Nobel peace prize ceremony is a video from The Guardian.

The BBC Newsround, as always, has a very accessible report on President Obama’s receiving of the award.

The Best Places To Learn About President Barack Obama’s Life is a previous list I’ve compiled.

The NY Times also has a video of Obama’s comments on receiving the award.

The former president of Finland Martti Ahtisaari won the 2008 Nobel Peace Prize. Breaking News English has a good online exercise on his award.

Nelson Mandela is another previous winner, so you might be interested in The Best Sites For Learning About Nelson Mandela.

The Best Websites For Learning About Martin Luther King shares resources on another previous winner of the award.

The Times of London has a slideshow of previous winners.

Nobel Winners Past is a slideshow from Slate.

CNN also has a special feature on the event.

All the Nobel Peace Prize winners, in one chart

TED-Ed has just published a lesson and video on the Nobel Peace Prize:

Today’s Update On The Japan Earthquake