The Best Sites For Students To Create & Participate In Online Debates 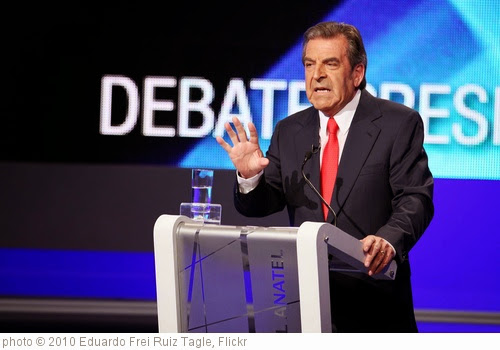 I’ve been thinking of having students try to set-up and participate in an online debate that would involve both their classmates and others. It might be a good writing opportunity to prepare them for a persuasive essay, and a way to generate some high-interest reading possibilities as they prepare their positions.

I’ve been exploring what possible sites might be out there students can use. I’m narrowing them down but, since I haven’t actually had them do this activity yet, I can’t say positively which one is best. But I thought I’d share the conclusions I’ve reached after my initial experiments, and invite readers to share their experiences with these sites and others.

So, given that caveat, here are my choices for The Best Sites For Students To Create & Participate In Online Debates:

I like Create Debate a lot. One of its key advantages is that it appears to allow the creator of the debate to moderate the discussion. I’m imagining that a student can create the debate and that I then add it to the site under my name and within the initial prompt indicate which student started it. Then, they and others can contribute, but I can check regularly and delete any inappropriate comments made by others.

Opposing Views highlights key questions (political, scientific, etc). It then, in a fairly succinct “bullet” format, has an “expert” share pro and con arguments. Users of the site can also leave their own comments.  The language and lay-out of the site is fairly accessible to Intermediate English Language Learners.  After reading the arguments, users can easily leave their own comments on the issue.

Procon is not a site to participate in debates but, instead, offers what seems to be very well-researched pro and con positions on multiple controversial issues. It could serve as a good model for students to use as they craft their own positions.

Debategraph is in a category all its own. It looks like a cool way to visualize arguments, but I can’t quite figure it out.

Explore Oxplore is a post by Eva Buyuksimkesyan about a pretty interesting site from Oxford University called…Oxplore.

DebateArt is a “new online platform created with a purpose to give anyone a chance to test themselves in debates on a large number of different subjects and improve argumentation and eloquence skills.”

Debate Island is an online site for student debates.

“Intelligence Squared” MIGHT Have Some Value To Teachers & Students

Additional suggestions and feedback are welcome.