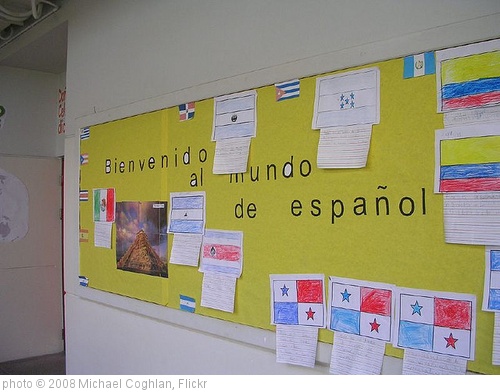 I’m often asked for suggestions of good places online where people can learn and practice Spanish for free. In fact, I’ve been asked enough times to make me develop this short “The Best…” list of my recommendations.

Many of these sites also offer lessons in other languages, including English.

I personally have found that going to a language school in a Spanish-speaking country (I went to ones in Mexico and Guatemala) and living with a family to be by far the best way to learn Spanish, but these sites can provide good initial exposure and be helpful for later development and practice.

Here are my choices for The Best Sites For Learning Spanish Online (not in order of preference):

The BBC also has several other sites for learning Spanish.

List of Websites Where You Can Watch Spanish Videos with Spanish Subtitles or Transcripts Online for Free is from How To Learn Spanish.

Spanish Is Your Amigo

Lingo Hut seems like a pretty impressive site for beginning learners of many different languages, including Spanish. Using a drop-down menu, you can easily select your native language and the language you want to learn, and then progress through a well-designed series of exercises including reading, listening and speaking.

Memrise is an interactive learning program for multiple subjects, but I particularly like their Spanish-learning resources.

Qlipo is a brand-new site that helps English-speakers learn Spanish through the use of music videos. It’s definitely a different approach from what you see at the other sites on this list.

Spanish-Resources has quite a number of good interactive exercises for learning Spanish that are leveled by ability. In addition, it appears that teachers can create passwords for students and follow their progress.

Spanish as a Second Language, With the Accent on Fun appeared in The New York Times.

These Are Great! Six Free Tools Teachers & Students Can Use To Learn English, Spanish & Other Languages During The Coronavirus Crisis

This is Language is another online tool for language learning that has made its platform free during school closures.

Google’s grammar suggestions in Docs are now available in Spanish is from TechCrunch.

LangBox is a new Spanish-learning site.

Leerly is a new tool for learning Spanish.

How Have I Not Heard Of “Ingles.com” Or “SpanishDict” Before Now?

ZenGengo looks like a potentially useful language-teaching/learning tool for teachers and students.

Roxxem is a new site where learners of Spanish, French or Chinese can acquire the language through music.

And, even better, it’s free.

The Best Resources On The Missing Malaysia Airlines Plane