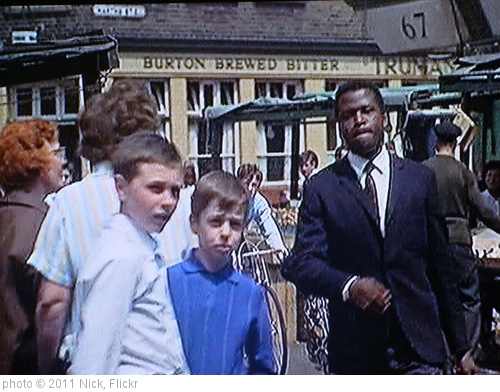 I recently received an email from Jay Sugerman, a fourth-grade teacher in Massachusetts, asking me if I knew of any places that had video clips of teachers portrayed on television or in the movies.

I thought it was a good question, and so decided to make a quick “The Best…” list.

I’d also be interested in hearing readers share which TV or movie teachers you feel are the best — and worst — role models out there. Please leave a comment if you have an idea. Also, please share if you have other suggestions of where to find similar clip collections.

Here are my choices for The Best Places To Learn About (And View Video Clips Of) Teachers In the Movies (I generally only included sites that also had video clips, though I’ve also included several good commentaries, too):

The Onion has a list of 26 evil, awful, or just plain stupid educators in TV and film.

Films and School Reform by Larry Cuban and Depictions of Education in Film at Learning First both provide good commentary on “hero” teachers in movies about schools, as does Saviors and Burnouts: Rethinking Teachers in Popular Culture from Rethinking Schools.

Not So Hot for Teacher is a very interesting New York Times article about the portrayal of teachers in movies and in TV.

Back to School: 10 Great Movie Teachers is a nice video collection from TIME Magazine.

Appreciating pop culture’s greatest teachers is from The Washington Post.

What The Movies Taught Us About Teaching is from NPR.

From Superhero Teacher to Bad Teacher: Hollywood Films Then and Now (Part 1) and Hollywood, HBO, and School Reform (Part 2) are from Larry Cuban.

20 years later, Dangerous Minds is still pretty silly—and ugly is from Slate. After I tweeted out the link, Adeyemi Stembridge shared this hilarious parody clip:

The Moments In Between: What They Never Show in Teacher Movies is by Liz Prather.

Polishing the Apple: What ‘Dangerous Minds’ and Other Movies Get Right and Wrong About Teachers is from Grantland.

Editorial: What We Can Learn From a Teacher on Netflix is from NBC News.

Why Are There So Few Films and TV Programs That Capture the Daily Work and Life of Teachers In and Out of School? (Part 3) is by Larry Cuban.

Hollywood’s Reductive Narratives About School is from The Atlantic.

There are a million stories to be told, conversations to be had, about education in America. It’s always striking and/or bemusing when those stories are told or conversations are had and women are no where to be seen. https://t.co/XGbBgxXIMl

So far Jaime Escalante is winning the comments section for best teacher from tv & film. We’ll for sure talk about Stand and Deliver at #NCTMLA22. https://t.co/TzrPr7zHVX