The Best Sites To Learn About Australia 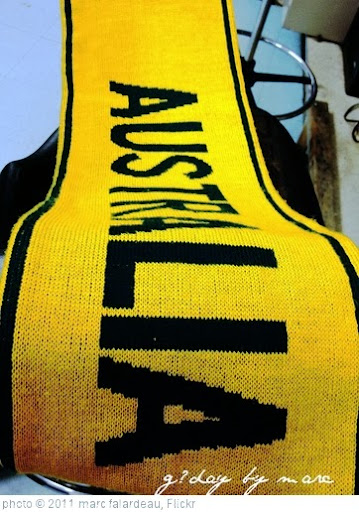 Today is Australia Day, which commemorates the first convict ships that brought white immigrants to the continent. I thought I’d bring together a quick list of links about the country that would be accessible to English Language Learners.

I suspect that Australians might have some great suggestions to add to this list, so please include new links in the comments section of this post.

It should also be pointed out that many indigenous peoples in Australia call it Invasion Day.

Here are my choices for The Best Sites To Learn About Australia (not in order of preference):

English Listening Lesson Library Online has a ton of activities about Australia specifically designed for ELL’s.

National Geographic has an Australia section.

ESL Holiday Lessons has a nice resource on the holiday.

Here’s a relatively accessible overview of the country from World Info Zone.

The Great Barrier Reef – in pictures is a slideshow from The Guardian.

Darcy Moore suggested I add some resources that offer a different perspective on that Australia Day, and I invited him to write a piece that I would add to that list. Darcy is a blogger, photographer & Australian deputy principal. He has a keen interest in collaborating with students and educators around the world.

Australian history has been fiercely contested by historians and politicians in recent decades. ‘History Wars’ have been fought over the various interpretations of ‘our past’. The two major opposing views have been pejoratively described as, ‘The Black Armband’ and the ‘Three Cheers’ version of our history. One interpretation emphasises Australia’s march to nationhood and progress, the other, acknowledges the destruction of both the environment and Aboriginal culture. Past government policies, including removing Aboriginal children from their homes (‘The Stolen Generations’) were particularly contested. The central position of the ‘ANZAC legend’, the positive story of Australia’s armed forces, is also questioned. To understand Australian History it is important to understand this debate. You can read more here.

Australia Day on the 26th January is a good example of the debate about our shared history. How can Aboriginal Peoples, dispossessed of their land, celebrate the European founding of a colony on this date in 1788? Here are some important questions about Australia Day posed at the ‘official page’ suggesting Australians are often working positively to reconcile the challenging, disturbing aspects of our shared past. Many people applauded former Prime Minister Rudd’s apology to ‘The Stolen Generations’ after his predecessor, John Howard, had refused to do so for more than a decade.

Thank, Darcy! These issues are similar to some of the ones I’ve raised in posts on Columbus Day and Thanksgiving here in the United States.

What to Know About the History Behind Australia Day is from TIME.

The notion that indigenous Australians could be ignored is becoming intolerable https://t.co/d8jVcTzZUY

A multimedia project led by the the Indigenous Australian artist Judy Watson is among the initiatives seeking to map the numerous sites where colonists massacred Aboriginal people. https://t.co/6ZXi9tGA6l

Indigenous Teens Are Making TikTok Videos About Racism In Australia is from BuzzFeed.

‘No Slavery in Australia’? These Pacific Islanders Tell a Different Story is from The NY Times.

New on @GuardianVisuals: "How immigration changed Australia – an interactive journey through history" https://t.co/ovt2ZCeSes

Finally, An Accessible Explanation Of The Financial Crisis

“10 of the smallest homes in the world”