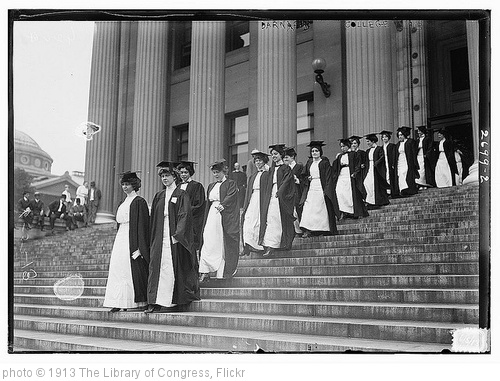 Encouraging students to continue their formal schooling after high school, and helping some see that dropping-out of high school is not the wisest decision they can make, is an on-going task.

I recently found another good related resource I can use in this effort, and decided to bring all the materials I use (and that I’ve posted about previously) into one post.

Here are my choices for The Best Resources For Showing Students Why They Should Continue Their Academic Career (resources from earlier years come first, with the most recent materials at the bottom):

Science Daily has recently reported on a study that says if you drop out of high school, you’ll have 5.1 fewer years of “perfect health.”

A study has been published highlighting that students from low-income families especially benefit financially from going to college. Here’s an excerpt:

The report itself is not accessible to ELL’s. However, it would be easy to create a simple summary of its results.

If You Go To College, You’ll Live Seven Years Longer? tells about a study that says just that…

Of course, the key way to help students see its importance is not just by showing them a bunch of statistics, but developing a relationship with them; learning their hopes and dreams for the future; and help them see how in many areas — not just economically — furthering their academic career will help them achieve their goals. These materials are just a few tools that might be helpful.

The Boston Globe has just published a short report on a to-be-published study. The study found that:

Students whose career goals did not require education (e.g., sports star, movie star) spent less time on homework and got lower grades. The good news is that the researchers found it was easy to make education more salient, and thereby motivate kids. When students were shown a graph depicting the link between education and earnings, they were much more likely to hand in an extra-credit homework assignment the next day than if they were shown a graph depicting the earnings of superstars.

Here’s more information about that study.

Another Reason To Stay In School — It Lowers Dementia Risk is a post I wrote about a study showing that the more education you receive, the lower you are at risk to suffer symptoms of dementia.

How Much is a College Degree Worth? is an infographic that shows various economic advantages of having a college degree.

Stay In School & Reduce Your Risk Of Hypertension is another post I wrote about results from a new study.

College Grads Expand Lead in Job Security is the title of a Wall Street Journal article about the economic advantages of having a college degree. It would have to be modified to be made accessible to English Language Learners, but it has some good information.

Cost of college: Grads break even by age 33 is an article in USA Today. It has a great chart comparing how much a person can expect to earn if they have a high school degree, an associate degree, and a B.A. It’s different from other charts I have seen because it shows the cumulative difference year-after-year.

Value of College Degree Is Growing, Study Says is a New York Times article about the same study discussed in USA Today. It doesn’t have the chart, but it does include some nice quotes from the researchers.

Education reduces blood pressure is a BBC article on a new study showing the health impact of continuing your academic career.

Two more graphs on college comes from Ezra Klein at The Washington Post.

Analysis of 171 college majors puts engineers at the top is from USA Today.

The Value Of College, In 2 Graphs comes from NPR.

Even for Cashiers, College Pays Off is from The New York Times

What’s the Best Investment: Stocks, Bonds, Homes … or College? is from The Atlantic, and includes some good charts.

Who is falling out of the middle class, in one chart is from The Washington Post, and shows the importance of education to economic security.

Education Five Times More Important Than Gender for Income is from The Atlantic.

Census: Education Has Greater Effect on Earnings than Race, Gender is from Education Week.

Debt By Degrees is a short New Yorker column that describes the economic advantages of having a college degree.

Research Desk: Just How Good Have College Grads Got It? comes from The Washington Post.

Graduates’ Pay Is Slipping, but Still Outpaces Others is from The New York Times.

Getting a Degree: Less Rigor, More Value is from The New York Times.

Who Shouldn’t Go to College? is from The New York Times.

College Degrees and Unemployment is from The Wall Street Journal.

More Young Americans Out of High School Are Also Out of Work is from The New York Times.

More education, socioeconomic benefits equals longer life is an article on a frightening report on longevity and schooling. Here’s an excerpt:

“Over the last couple of decades, almost all longevity boats have risen,” said Olshansky, but there have been some subgroups that have had a drop in life expectancy.”

One surprising finding, according to Olshansky, is that white women with less than 12 years of education can expect to live five years less than their counterparts did in 1990 (a decline from age 78 to 73).

Don’t believe the haters. College is a great deal — and it’s getting better. is from The Washington Post.

“The employment rate for graduates is down. Of the three categories below, high school graduates fared theworstafter the recession. Their rate has fallen by 16 percent” is a graph and article from The New York Times.

For high school grads, the economy keeps getting worse is from The Washington Post.

Life Is O.K., if You Went to College is from The New York Times.

Wage Premium From College Is Said to Be Up is from The New York Times.

Going To College May Cost You, But So Will Skipping It is from NPR.

Does Stymied Educational Attainment Lead to Depression? is an interesting article about new research, and appeared in the Pacific Standard. Here’s an excerpt:

Reynolds and Baird conclude that there are no long-term emotional costs to aiming high and falling short when it comes to educational aspirations. This contradicts decades of research that holds that unmet educational expectations lead to psychological distress. In fact, not trying is the only way to ensure lower levels of education and increased chances of poor mental health. So, go ahead and shoot for that moon.

The Value of College: It’s Not Just Correlation is from The New York Times.

Is College Worth It? Clearly, New Data Say is also from The New York Times.

Chart: College really does pay for most people is from Vox.

Statistic Of The Day: “Even With Debt, College Still Pays Off”

Statistic Of The Day: “American Workers Without Much Education Are Being Hammered”

Statistic Of The Day: The Value Of Graduating From College

How More Education Could Save A Half-Million American Lives is from NPR.

New College Site Could Be Useful To My…Ninth-Graders

Statistic Of The Day: It Pays To Graduate From College

It’s a Tough Job Market for the Young Without College Degrees is from The New York Times.

College-Educated Workers Now Dominate the Labor Market is from The Wall Street Journal.

Importance of College Underscored by Post-Recession Jobs Recovery is from Education Week.

Quote Of The Day: Janet Yellen On The Value Of A College Degree

Another Unsurprising Research Result: Students Less Likely To Drop-Out If Teachers Encourage Them To Continue

Statistic Of The Day: The Importance Of Graduating From College

Want to live longer? Stay in school, study suggests is from Eureka Alert.

Life expectancy falling for adults without a bachelor’s degree is from Eureka Alert.

New evidence for the importance of educational attainment in brain health is from Science Daily.

The Best Theory Of Knowledge Resources In 2017 – So Far