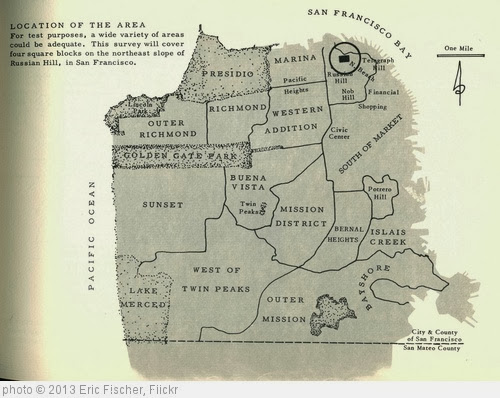 One of the guiding principles of my nineteen year community organizing career was to look at, and think about, the communities where we organize and their residents in terms of their assets and not their deficits.

That viewpoint has continued to be the cornerstone of my teaching career, as well. I am always trying to look at my students through the lens of their assets and not their deficits.

One of the lessons I describe in the book uses this theme to help students identify the assets in their own neighborhoods, too. Since some hand-outs I use in the lesson are reproduced in the book, I don’t believe I can legally upload them here without their permission. I can, however, describe it and share a bunch of other useful materials. You can easily create your own lesson with the information in this post whether you buy the book or not.

In a nutshell, our Intermediate English students compare their neighborhood (which is where our inner-city school is located) with the wealthiest neighborhood in Sacramento (called The Fabulous Forties). They write a persuasive essay about which is better and, ninety-five percent of the time they choose….their neighborhood. I’ll share a link to many of those essays at the end of this post.

How do they reach that conclusion?

First, we do a “Word Splash” pre-teaching about ten vocabulary words, like “affordable” and “demographics.”

Next, students identify and rate the qualities they value in a neighborhood they want to live in. This is one of the hand-outs in the book, and includes ethnic diversity, people who share their own ethnicity, affordable housing, etc. They also add their own. They then combine these items into categories (I also discuss — at length — in my book about this kind of “inductive” teaching). Typically, the categories fall into money, people, or services.

Then, they research demographic data about their neighborhood (in our case, it’s the 95823 zip code) in the computer lab. You can find the downloadable research sheet and links students used at our Intermediate English blog post titled Neighborhood Research.

We then go on a field trip in the neighborhood where students take notes (and photos using digital cameras) of specific things they see. The note-taking form is also in the book. They also have a Google Maps print-out of the neighborhood where they draw what they see. Our trip got rained out this year, but it worked fine using Street View on Google Maps in the classroom.

Next, students use their observations and research data to review their list of important neighborhood qualities, and put a check mark with a colored pencil on the ones their neighborhood has.

Then it’s time for the Fabulous Forties. We revisit the computer lab again, and students use the same Neighborhood Research form to get data for that zip code (95819). They write it next to their home neighborhood data in a different color pencil.

We take a field trip to that neighborhood and repeat the same touring process we need in our school neighborhood. Occasionally, we’ve gotten nervous looks and questions from residents there, so we model the best ways to respond.

Back at school, we have students again review their list of neighborhood qualities, and put check marks in a different color next to the ones they feel are represented well in the Fabulous Forties.

Students then take a sheet of paper and draw a line down the middle. They label one side “95823” and the other “95819.” Using the check marks they made, they then list the neighborhood qualities that each zip code has. The school neighborhood typically has a huge list, while the Fabulous Forties usually has one or two.

Using a Persuasive Essay outline from The Write Institute (which they have used previously), students then write an essay saying which neighborhood they think is better.

You can see all the essays students wrote this year at our Intermediate English blog. Students also commented on other students’ essays, and you can read and hear those, too. Here are a couple of examples from this year.

Students are now designing and writing about their ideal neighborhood, and will finish-up this unit by creating posters to encourage local families to cooperate with the U.S. Census to help make their community even better (see Persuasive Essays, Low-Income Communities & The Census Count). We’re considered a “hard-to-count” area by the Census.

It’s a pretty neat unit that teaches some pretty big lessons — and the most important ones are not necessarily related to language development (though it’s great for that, too).

Coincidentally, GOOD Magazine is now holding a contest for people to create infographics that are somehow related to their neighborhood. I’ll be looking forward to seeing what they come-up with, and perhaps use them as a model for our students to create their own infographic next year. GOOD just made all the submissions public. I’m not sure if any of them are really suitable as models, but they are interesting.

GOOD Magazine has now developed an infographic titled Poorest and Richest Neighborhoods of The USA. It’s really not one of their better ones, but is still usable as a model.

GOOD Magazine just published an issue on the topic of “neighborhoods.” Though its not really accessible to English Language Learners, some of their articles gave me some great ideas to use next year.

One piece they wrote highlighted fictional neighborhoods in literature. Accessible examples would be a great addition to the unit plan.

They also wrote about songs that featured neighborhoods. Playing, and singing, some examples, followed by students writing their own song of their neighborhood would be a lot of fun and an excellent language-learning opportunity.

GOOD also shared their criteria for a perfect neighborhood. That would be interesting to compare with what students come-up with when they create their own.

I first posted about City-Data nearly two years ago. It’s an extraordinary research tool. Type in a name of pretty much any good-sized city in the United States and you’ll get a huge amount of….data about that city. It will be displayed in a variety of forms.

I was prompted to take another look at City-Data based on a post in Google Maps Mania. If anything, it even gives you more data now, including by zip code.

Because the availability of information by zip code, I’m adding it to this post. As I noted in my original post, it has so much data it can be confusing to English Language Learners. Because of that, the data resources I share in our classroom blog should be sufficient. However, if you want to do a more thorough analysis of communities, City-Data is the way to go.

I’m thinking of adding a couple of additional components to this lesson:

* The Gallup Poll recently did a project called Soul of the Community. It worked in twenty-six communities in different parts of the United States to identify what residents felt most positive about in their neighborhoods. I’m thinking that it might be interesting for students to compare what that poll identified as important with what the student concluded, and then discuss any differences.

* Along those same lines, I’m thinking of having students review what urban planners typically consider as qualities of a “good” neighborhood, and have them compare again. Two sources for this information are an article titled My Former Life As An Urban Planner and a book titled Good Neighborhoods: A Study of In-Town and Suburban Residential Environments. I’ve ordered a copy of the book, and plan to develop a simple read aloud from it. You can also read parts of it here.

I think adding something like this will provide even more opportunities for higher-order thinking in the lessons.

I’ve written about another tool that I think can be used in this lesson — “Connecting the Dots: Interpreting U.S. Census Data.”

And here’s yet another tool: “This Tract” Is An Amazing Way To Access U.S. Census Data.

One more tool: Do Your Students Live In A “Food Desert”?

The Seven Wonders….Of The Neighborhood?

Poisoned Places is an NPR site that lets you identify toxic sites in your neighborhood.

Focusing On Neighborhood Assets — One Of My Favorite Lessons! is my newest post on teaching this unit.

Videos Of My Students’ “Ideal Neighborhoods”

Trulia has created an impressive interactive crime map showing neighborhoods in different cities around the United States. Unfortunately, Sacramento isn’t one of the cities included in their list yet. It could be helpful to this activity — if and when they add our city. You can read more about the tool at Read Write Web. (NOTE: They have dramatically expanded the information they share (flooding and earthquake hazards, schools, etc.) and the number of neighborhoods they cover. In fact, it seems they do it for just about everywhere in the U.S., but perhaps I’m overstating it.) Well, they seem to have even added more info to it.

“Google Maps Streetview Player” Is Just What I’ve Been Looking For! Here’s a similar too: Map Channels lets you create animated driving directions of Google Street View that you can embed.

County Health Rankings Interactive Application is from The Robert Woods Johnson Foundation. Type in any zipcode and you sure get a lot of info on that community.

The State Of California released an environmental and health risk map for every zip code in the state. You can access the map here, and read about it here.

Here’s a powerful tweet about Chicago students look at the assets in their neighborhood, too:

Exploring a Local Community Through Writing: Examples of Writing Assignments is from TESOL.

Why Is It Important For Students To Learn About Bloom’s Taxonomy?