The Best Online Resources For Learning About Health Care Reform

Check out The Best Interactives Showing How Obamacare Works 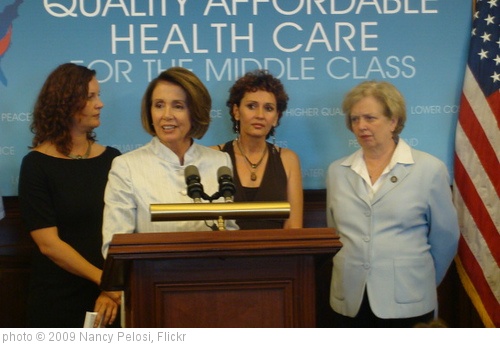 With the Supreme Court upholding the health care law, here are some updates:

What does the Supreme Court’s health-care ruling mean for me? is from The Washington Post.

What the health care ruling means to you is from CNN.

Supreme Court, 5-4, upholds most of health care overhaul is a graphic from the Orange County Register.

(Who knows what the Supreme Court will decide on health care reform but, for now, this New York Times interactive that takes you through all the different scenarios is the best thing out there to help understand the possibilities.)

With the health care reform vote, and its anticipated passage, occurring today, I thought it might be useful to create a related “The Best…” list.

Many students will have heard something about it, and I’m just trying to figure it out all myself. It’s unfortunate that it will not provide health insurance to the undocumented. That omission doesn’t make any sense fiscally (people will just go to expensive emergency rooms) or for public health (having adults and children with untreated medical conditions that are contagious) — not to mention morally. However, I hope that if immigration reform happens, perhaps people who are “legalized” will become eligible.

I’m assuming resources that are more accessible will be coming-out, so I’ll be adding to this list.

I’ve divided it into three sections:

* Sites that explain provisions of the law in a relatively accessible way.

* Sites that compare health care costs around the world. These can help students understand one reason why the law was passed.

* Sites that review the history of health care reform efforts in the United States.

As usual, I’ve only included resources that I think might be accessible to English Language Learners.

Here are my choices for The Best Online Resources For Learning About Health Care Reform:

WHAT THE NEW LAW SAYS:

The Basics comes from the Kaiser Family Foundation.

The PBS News Hour has a relatively clear review of the House, Senate and Reconciliation bills. You probably want to point students towards the Reconciliation column.

How Does Health Reform Work? is an infographic from The Center For American Progress.

FACTBOX-US healthcare bill would provide immediate benefits is from Reuters.

How the Health Care Overhaul Could Affect You is from The New York Times.

What the health-care bill means for you is an interactive from The Washington Post.

The Wall Street Journal has an interactive showing the key parts of the bill and when they take effect.

How the health care bill could affect you is an interactive from CNN.

“Timeline Of The New Health Care Bill” is a nice infographic from Visual Economics.

How Different Types of People Will Be Affected by the Health Care Overhaul is another interactive from The New York Times.

GOOD Magazine has held a contest for infographics that explain the new health care reform law. They’ve just posted all the submissions.

Here’s another infographic reviewing the changes coming to health care in the U.S. over the next few years as a result of the new health care reform bill.

The Associated Press has an extensive interactive on the bill’s implications.

The Cost of Health Care: How Much Waste is an interactive infographic.

CNN has just created a very good video explaining the elements of the health care reform law. I’ve embedded it below:

HEALTH CARE COSTS AROUND THE WORLD:

Health Care Around The World is from the BBC.

World Health is an infographic from GOOD Magazine.

Here’s a comparison from National Geographic.

How the world compares on health care comes from Market Watch.

Health Care Spending: U.S. vs. Abroad is a very accessible infographic from Kiplinger.

“U.S. Healthcare Spending vs The Globe” is another infographic comparing spending on health in the U.S. with other parts of the world. I wouldn’t say its the best one I’ve seen, but it does have some different information.

The 2010 version of the annual Commonwealth Fund comparison of the U.S. health system with those in other industrialized nations is available as an interactive graphic. Here’s how NPR summarizes it:

Overall, the winner in this year’s contest was the Netherlands. Interestingly, perhaps, it’s a nation that doesn’t have a government-run system, but instead achieves universal coverage with an individual insurance mandate, much like the one recently passed by the U.S. Congress. The Dutch were first in access, first in equity, and second in quality of care.

The U.S., by contrast, was last in every category except quality, where it was second to last, squeaking in ahead of Canada. At $7,290 in annual spending per person in 2007, the U.S. also dwarfed second-place Canada at $3,895 and third-place Netherlands at $3,837.

Brought to you by: The George Washington University’s Online Masters in Public Health

Brought to you by MHA@GW, the online master of health administration offered through the Milken Institute School of Public Health at the George Washington University

Health Care Timeline is from MSNBC.

A History of Overhauling Health Care is from The New York Times.

Health care and the government comes from The Associated Press.

Health Care Reform In America is from The Wall Street Journal.

Health Care Timeline is from CNN.

Where Poor and Uninsured Americans Live is an interactive from The New York Times.

The Best Educational Web Resources Worth Paying For…