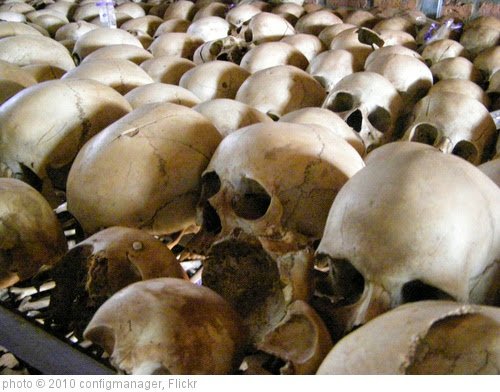 Today marks the beginning of the sixteenth anniversary of the 1994 genocide in Rwanda, which killed at least 800,000 people (I’ve since added resources marking its twentieth anniversary).

Here are my choices (a small list for now that will be growing) for The Best Sites To Learn About Genocide In Rwanda — that are accessible to English Language Learners (many are resources developed for the fifteenth anniversary last year):

The BBC has an incredible number of multimedia resources on the Rwandan genocide.

Intended Consequences is an award-winning multimedia presentation on what has happened to 20,000 children (and their mothers) who were conceived by rape during the genocide.

Ghosts of Rwanda is the website of a PBS film.

Portraits of Reconciliation is from The New York Times (you might also be interested in Another Good Writing Prompt: Reconciliation.

Following Orders in Rwanda is is also from The NY Times.

Rwandan Stories is an impressive site.

A Good Man In Rwanda is from The BBC.

Remembering Rwandans Who Followed Their Conscience is from NPR.

The Rwandan Genocide: 20 years later is a photo gallery from The Boston Globe.