The Best Sites For Learning About Penguins 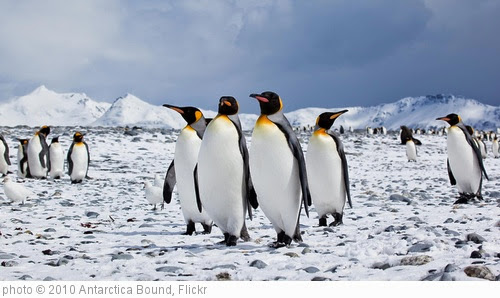 I learned from Sean Banville that tomorrow is World Penguin Day, when millions of penguins start migrating northward. Who doesn’t love penguins? (Here’s some more info on World Penguin Day)

Here is a quick list of The Best Sites For Learning About Penguins (and are accessible to English Language Learners):

Penguins of the Antarctic is a super site from PBS.

Tracking Penguins in Antarctica from 400 Miles Up is a video from The Wall Street Journal. It’s particularly good for ELL’s because it has closed-captioning..

How Stuff Works has a ton of short videos on penguins.

Sea World has relatively complete and accessible info on penguins.

COMPOSE A MESSAGE THAT’S WRITTEN BY A PENGUIN SLIDING ON ITS BELLY: Yes, that’s what you can do at Paperboy. It doesn’t have an internal email feature, but you can copy and paste the link to your message.

You’ve got to see this video if you haven’t already:

The king penguin colony on South Georgia island – in pictures is from The Guardian.

Emperor penguins frolic on Snow Hill in Antarctica is from The Daily Mail.

Here’s a video of a very sneaky penguin:

Antarctica’s Emperor Penguins is a slideshow from The Wall Street Journal.

Here are some leapin’ penguins. You can read why they’re doing it here:

It is world penguin day and I will never tire of this gif pic.twitter.com/llmrVz3SKU

10 emperor penguin facts for World Penguin Day – in pictures is from The Guardian.

10 emperor penguin facts for World Penguin Day – in pictures is from The Guardian.

You might also want to explore the nearly 450 other “The Best…” lists I’ve compiled.

New TED-Ed Video & Lesson: “The rise and fall of the Mongol Empire”