The Best “When I Say Jump” Online Sites For Practicing English

Unfortunately, most of the sites that were originally on this list have gone off-line. However, the ones that are left are still useful. 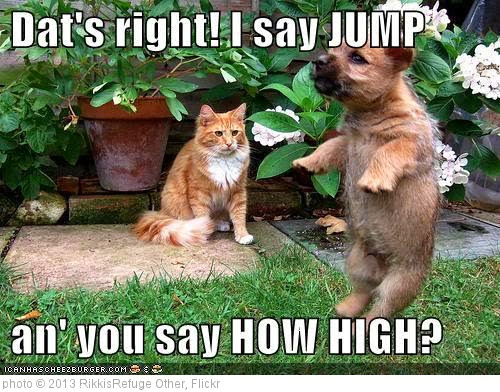 I know this “The Best…” list has a strange title, but I couldn’t think of any other way to describe sites that let you write or speak commands and then have the figures on the screen follow them. They’re excellent — and fun– ways for English Language Learners to practice their English.

Here are my choices for The Best “When I Say Jump” Online Sites For Practicing English:

Minion Dominion is a site designed to publicize an NBC TV show. It lets you command two weird-looking creatures to do things. It’s different from the other three I’ve mentioned since it lets you give voice commands through a microphone, as well as writing them.

“A Hunter Shoots A Bear!” is a great interactive YouTube video where you direct the action:

Simon Sez Santa  lets students act sort of like a TPR (Total Physical Response) teacher by typing in commands, and then “Santa” complies.   You have to buy the app to get all the commands, but the demo lets you do a fair amount.

“The Problem With PowerPoint”