The Best Sites For Learning About Hurricanes 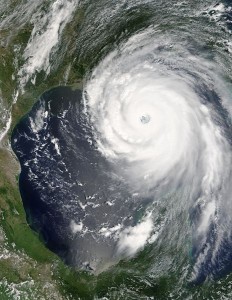 With Hurricane Earl approaching the United States and this past weekend being the fifth anniversary of Hurricane Katrina, I thought it would be a good time to start creating another “The Best…” list.

In addition to the resources on this list, many more can be found at A Compilation Of “The Best…” Lists About Natural Disasters, especially many Katrina resources in The Best Websites For Teaching & Learning About New Orleans.

Here are my choices for The Best Sites For Learning About Hurricanes (and are accessible to English Language Learners):

Teaching and Learning About Hurricanes is from The New York Times Learning Network.

How Hurricanes Work comes from How Stuff Works.

“Your Hurricane Emergency Kit: Here’s What Should Be in It” comes from TIME Magazine.

Storm Season! How, When & Where Hurricanes Come From is an infographic.

Hurricanes of Yore: Vintage Newsreels of Devastating Storms is from The Atlantic.

by acoleman26. Check out our data visualization blog.

Al Gore and ‘Category 6 hurricanes’ is from The Washington Post.

The Best Resources For Learning About Typhoon Haiyan

A map of the most powerful hurricanes in the US since 1950 is from Vox.

In case you’re wondering what the differences between category 1-5 hurricanes are. #HurricaneHarvey pic.twitter.com/QXn0GvBop1 #HurricanHarvey

Category 5: How Meteorologists Classify Hurricanes is from The NY Times.

These 3 Hurricane Misconceptions Can Be Dangerous. Scientists Want to Clear Them Up. is from The NY Times.

Those Hurricane Maps Don’t Mean What You Think They Mean is a NY Times interactive.

It's a work in progress, but my social worker friend and I have been compiling resources for facilitating conversations on #HurricaneIan in K-12 and teacher education. Send any resources that should be added and feel free to use/share:https://t.co/rpmyYRWGjw

One of the most destructive storms in the history of Florida continues to lash the Atlantic Coast: What was the impact? And why do hurricanes seem to be growing in intensity? #HurricaneIan https://t.co/UZrK9dRfkM

If you found this post useful, you might want to look at the 495 other “The Best…” lists and consider subscribing to this blog for free.

Important Advice For White Educators (& Others)

The Best Ways For Students Or Teachers To Create A Website