The Best Sites For Learning About The World’s Oceans 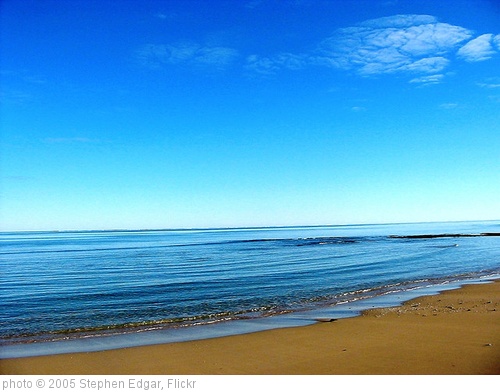 I’ve posted and sent tweets about many ocean-related resources, and thought it would be useful for me to put them all together in one place.

In addition, an international effort to create a Census of Marine Life was completed today. Several links related to it are included on this list.

Here are my choices for The Best Sites For Learning About The Ocean (and are accessible to English Language Learners):

I’ve got to begin with the Smithsonian’s National Museum of Natural History’s “Ocean Portal.” You can find just about anything about our oceans there, including slideshows, videos, interactive timelines, etc.

Creatures Of The Deep Sea is a neat interactive.

How Stuff Works has a zillion ocean-related videos.

Sea Animals is a talking dictionary.

Ocean Explorer has a ton of resources.

Waterworld:How the ocean made us who we are is an interactive from The Boston Globe.

Winter’s Tail has many resources about dolphins.

Great Whales is from the BBC.

Artificial Reefs Around the World is a series of photos from The Atlantic.

The Sea: the first wonder of the world – in pictures comes from The Guardian.

Scroll to see the ocean’s deepest depths is an interactive infographic from The BBC. Scroll down the infographic and it not only shows you information about what is happening at that depth of the ocean, it also provides videos and images.

Biggest Threats To Our Ocean’s Wildlife is a useful infographic.

Google Maps can now take you on underwater tours! It sounds like it’s not quite yet ready for prime-time, but you can read all about its expansion to well-known areas beneath the sea.

Sea Change: The Pacific’s Perilous Turn is an impressive interactive from The Seattle Times.

TIME has published a neat interactive called “A 360-Degree View of Life at the Bottom of the Ocean.”

“The otherworldly creatures in the ocean’s deepest depths” is a video and lesson from TED-Ed:

There are 5 trillion pieces of plastic floating in our oceans. This map shows you where. is from Vox.

World Oceans Day is a photo gallery from the Boston Globe.

Here’s a new video and lesson from TED-Ed on sharks:

TED-Ed has just released this video and lesson:

Beneath the blue: dive into a dazzling ocean under threat – interactive is from The Guardian.

"If you were to drain the ocean, a landscape would emerge just as spectacular as anything on land." pic.twitter.com/qcRUk9waFa

The Best Resources On Instruction In 2022 – Part One