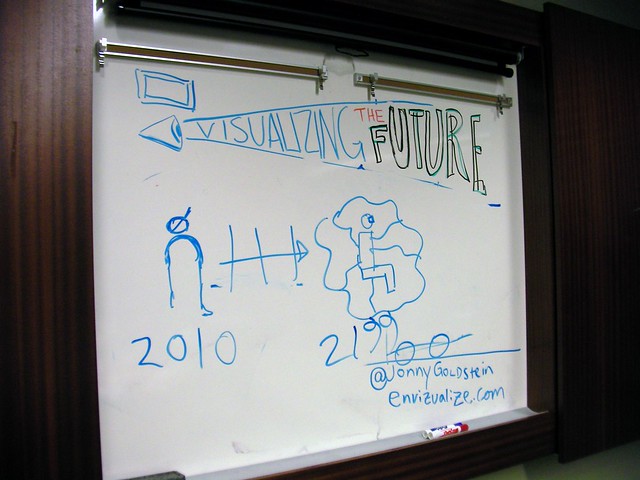 Today, The New York Times had a good piece providing examples of how athletes, musicians and surgeons do the same. I thought I’d take this opportunity to share an excerpt from that article, as well as listing links to my previous posts on the topic.

Here’s the excerpt from the NY Times:

Jack Nicklaus, for instance, has said that he has never taken a swing that he didn’t first mentally rehearse, frame by frame. Yo-Yo Ma told me that he remembers riding on a bus, at the age of seven, and solving a difficult musical problem by visualizing himself playing the piece on the cello. Robert Spetzler, who trained with Wilson and is widely considered to be the heir to Wilson’s mantle, says that when he gets into uncharted territory in an operation he feels himself transferring his mental image of what ought to happen onto the surgical field. Charlie Wilson talks about going running in the morning and reviewing each of the day’s operations in his head–visualizing the entire procedure and each potential outcome in advance. “It was a virtual rehearsal,” he says, “so when I was actually doing the operation, it was as if I were doing it for the second time.”

Here are my previous posts on helping students “visualize success”:

Updates On Some Classroom Lessons & Research I’ve Been Doing

What Does The Navy Seals Training Program Have To Say About Students Visualizing Success?

V is for Visualization at Scott Thornbury’s blog is a discussion of research, and teacher’s experiences, of using visualization with language learners.

A study reports that students who set a goal of eating more fruit and visualized actually doing it were more successful than those that did not.

And here’s a report on a study showing that people who visualized a job interview going well did better than those who did not.

Talking to Yourself: Not So Crazy After All is by Annie Murphy Paul at TIME.

HOW I’M USING VISUALIZATION WITH MY ENGLISH LANGUAGE LEARNER STUDENTS

Visualizing Specific Impacts of Climate Change Could Change Behavior is from Scientific American.

MY ELL STUDENTS USE VISUALIZATION, AND SO DO MAJOR LEAGUE BASEBALL STARS

“MR. FERLAZZO, CAN I LEAD THE VISUALIZATION TODAY?”

Visualization strategies may backfire on consumers pursuing health goals is from Science Daily. It reinforces the importance of first-person visualizing as opposed to doing it from a third-person.

FYI, here’s the music I’ve been using this semester during our visualization exercises:

From talking to yourself to rehearsing in your mind, here’s four helpful tips from sport psychologist @Josephineperry that you can apply in everyday life pic.twitter.com/9lvU7ZThdZ

How Warriors’ James Wiseman is leaving LaMelo hype, rookie setbacks behind him is from The San Francisco Chronicle. How it begins caught my eye:

At least once a day, Warriors center James Wiseman sits in his room as he stares at a notebook with words and images that represent his goals: All-Star. Defensive Player of the Year. NBA champion. MVP. Hall of Famer.

For about 10 minutes, Wiseman imagines his fully realized self, a process of visualization he started a couple of months ago. He’d read that Kobe Bryant and Michael Jordan considered it a driving force behind their greatness. Wiseman, who was struggling with the speed and physicality of NBA games, wanted to be an all-time great. He was 19. He had a plan.

“If you look at something every day, you can actually manifest it,” Wiseman said. “You just look at it every day, and that gives you motivation to keep moving toward that certain objective.”

This Two-Minute Morning Practice Will Make Your Day Better is from The Harvard Business Review.

Intriguing Info On How Michael Phelps Uses Visualization, & How I’ll Use It With Students

Here’s an excerpt from Back in action for Warriors, James Wiseman looks ready to deliver:

For about 10 minutes each day, Golden State Warriors center James Wiseman imagines his fully realized self: an agile, skilled big man who vexes defenses, makes annual All-Star appearances and chuckles at people who once labeled him a “bust.”

Feel free to make other suggestions in the comments section.

Self-Control Can Be Contagious

The Best Ways To Help Victims Of The New Zealand Massacre

The Most Popular Ed Week Teacher Articles In 2011