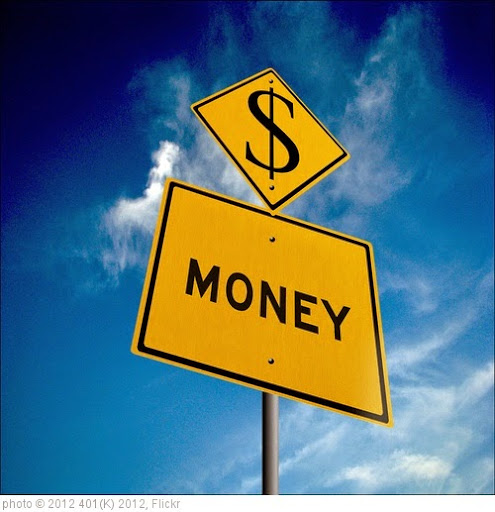 I am astounded when I read, as I did this morning in Sacramento Bee’s coverage of our state’s huge budget gap, these kinds of quotes:

“California needs to get more education bang for the buck, it doesn’t need more dollars into education,” he said.

I thought I’d pull together a very short list of articles that could refute this type of thinking, and am interested in hearing other suggestions, too.

Here is my short list of The Best Sites For Learning That Money Does Matter For Schools:

Does Money Matter in School Reform? by Walt Gardner at Education Week

When schools have money…, also at School Finance 101

The relationship between education spending and test scores is an important piece.

More Flunkin’ out from Flunkout Nation (and junk graph of the week!) is from School Finance 101.

Inexcusable Inequalities! This is NOT the post funding equity era! is from School Finance 101.

Time to Throw Money at the Problem is by David B. Cohen.

The Albert Shanker Institute has released a report titled “Does Money Matter In Education?” You can read an accompanying blog post about it here, and a commentary in The Washington Post here

In Public Education, Edge Still Goes to Rich is from The New York Times.

Does Money Matter? Is School Funding Fair? is from Ed Week.

When public schools get more money, students do better is a Washington Post article about a new study I’ve previously discussed.

Is Improving Schools All About Money? is from The New York Times.

Boosting Educational Attainment and Adult Earnings is from Education Next.

Inequitable school funding called ‘one of the sleeper civil rights issues of our time’ is from The Washington Post.

Money Does Matter After All appeared in Education Next.

The Truth About School Funding is an excellent post by Ben Spielberg.

New Report: Does Money Matter in Education? Second Edition is from The Shanker Institute.

Statistic Of The Day: Money Makes A Difference For Schools

“Throwing money at the problem” may actually work in education is from The Washington Center For Equitable Growth.

Statistic Of The Day: Many States Spending Less On Schools Now Than Before Recession

Surprise – NOT! Study Finds That Money Matters To Education

Statistic Of The Day: Teacher Pay Is Down

If anyone claims that “research shows that school spending is unrelated to improved outcomes” tell them that they are dead wrong and then show them all the papers in this overview paper https://t.co/0ZYk24FnSF https://t.co/KpuAnqkw3K

Does money matter for schools? Why one researcher says the question is ‘essentially settled’ is by Matt Barnum.

Spending More On Education For Low-Income Kids Improves Their Prospects As Adults is from NPR.

In my new blog post, I summarize an exciting new review by @KiraboJackson on spending and learning in the USA. I add reflections on how these findings might apply in low- and middle-income contexts. pic.twitter.com/2dKSrOuO3x

Beyond Spending Levels: Revenue Uncertainty and the Performance of Local Governments∗ is a new study that finds even questions about future school revenues negatively impacts student outcomes, even if the cuts don’t actually materialize.

.@KiraboJackson says that research revealed, “A 10% increase in school spending leads to a 2.6% decrease point in the likelihood of adult poverty. For children from low-income families, this decrease is 6.2 percentage points.”

On average, a $1000 increase in per-pupil public school spending increases test scores by 0.044 SD, high-school graduation by 2.1 percentage points, and college-going by 3.9 percentage points, from @KiraboJackson and @c_mackevicius https://t.co/E5OYX0izMg pic.twitter.com/jsAtQXwrG3

Revised meta-analysis of school spending effects with @c_mackevicius. Consistent pos relationship between spending and better outcomes in credibly causal studies. Robust to many modeling decisions, “fixes” for publication bias, and even confounding.https://t.co/OeLTzbQac3 pic.twitter.com/Cge8iSSSBB

Understanding the Effects of School Funding is from The Public Policy Institute of California.

The Best Resources For Learning About The “Little Rock 9”

Quote Of The Day: “Waiting for help and worn out by the status quo”