The Best Articles Providing An “Overall” Perspective On Education Policy 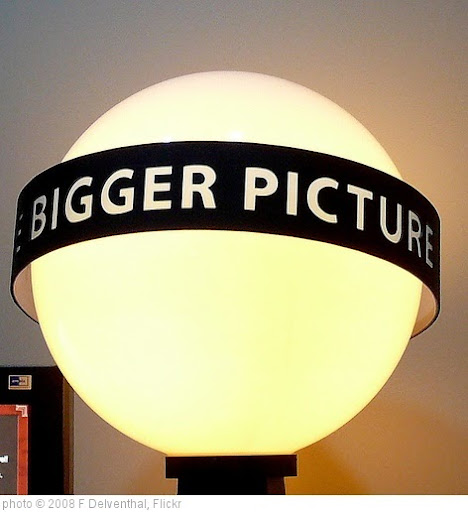 I have many “The Best…” lists on specific education policy and school reform issues, and I will soon be creating a compilation of them all.

However, I thought it would also be useful to start identifying pieces that do a good job of “putting it all together.” Towards that end, I’ve identified a small number to start off with and hope that others can suggest more.

Here are my choices for The Best Articles Providing An “Overall” Perspective On Education Policy:

As I wrote yesterday, The American Association of School Administrators has published the text of a speech (and the video) Diane Ravitch gave at their recent conference, and I don’t think you’re going to read or hear a better commentary on education anywhere.

You can read the text of her speech here.

Here are links to the video of her speech, dividing into three parts:

Another article I like is Blinded by Reform by Professor Mike Rose.

Leaving “No Child Left Behind” Behind is a few years old, but Richard Rothstein’s points are still dead-on.

5 myths about teachers that are distracting policymakers is by Barnett Berry and appeared in The Washington Post.

Cathie Black and the privatisation of education comes from The Guardian.

The Test Generation is an article by Dana Goldstein that was just published in The American Prospect magazine.

Who’s Bashing Teachers and Public Schools and What Can We Do About It? appeared in Rethinking Schools and is by Stan Karp. It’s an edited version of a talk Stan gave that I previously posted about.

The Service of Democratic Education is a truly exceptional speech Linda Darling-Hammond gave at Teachers College of Columbia University. Here’s an excerpt:

These new scientific managers, like those of a century ago, prefer teachers with little training—who will come and go quickly, without costing much money, without vesting in the pension system and without raising many questions about an increasingly prescriptive system of testing and teaching that lines the pockets of private entrepreneurs (who provide teacher-proofed materials deemed necessary, by the way, in part because there are so many underprepared novices who leave before they learn to teach). Curriculum mandates and pacing guides that would “choke a horse,” as one teacher put it, threaten to replace the opportunities for teachable moments that expert teachers know how to create with their students.

The new scientific managers, like the Franklin Bobbitts before them, like to rank and sort students, teachers and schools—rewarding those at the top and punishing those at the bottom, something that the highest-achieving countries not only don’t do but often forbid. The present-day Bobbitts would create “efficiencies” by firing teachers and closing schools, while issuing multimillion-dollar contracts for testing and data systems to create more graphs, charts and report cards on which to rank and sort… well, just about everything.

Her speech will certainly be on “The Best..” list of educational policy articles for this year. It provides some fascinating historical background, including much I didn’t know.

Steve Brill’s Report Card on School Reform is a New York Times book review of Brill’s recent book. I’m adding it, with some minor reservations (I’m not as enthralled with Doug Lemov’s teaching techniques as the reviewer says she is) to this list.

American Schools in Crisis is by Diane Ravitch and appeared in The Saturday Evening Post.

School ‘Reform’: A Failing Grade is by Diane Ravitch.

The bait and switch of school “reform” is from Salon.

‘Education is about preparing young people to make the world better than it is’ is by Pedro Noguera.

Diane Ravitch gave a great speech at the National Opportunity to Learn Summit.

Why Is Congress Redlining Our Schools? is by Linda Darling-Hammond.

‘Reformers’ playbook on failing schools fails a fact check is by Richard Rothstein.

The Coming Revolution in Public Education is from The Atlantic.

Failing the Test is by David Kirp at Slate.

Quote Of The Day: Deborah Meier On Being Part Of The Solution

Five basic lessons on public education (short and long versions) is from The Washington Post.

Messages About Public Education That Don’t Sell Well (And Ones That Will) is by Jeff Bryant.

The world’s most famous teacher blasts school reform is from the Washington Post.

Quote Of The Day: “Educators On What Standardized Testing Means”

Who Writes the Songs? is a very good post by John Merrow that I think gives a very good critique of what is being done in the name of “school reform.” His suggested next step — “peace talks” between opposing groups — sounds a little naive (see my Washington Post piece, Why we can’t all get along over school reform, along with Anthony Cody’s comment on Merrow’s post for a somewhat similar perspective), but the rest of it hits the mark.

Teachers And Education Reform, On A Need To Know Basis is from The Shanker Blog.

The Coming Revolution in Public Education appeared in The Atlantic.

The Resurgence of the Public Education Nation is from Truthout.

Thanks to Diane Ravitch, I learned about Mike Rose’s exceptional piece in The American Scholar, School Reform Fails the Test. It’s long, and worth reading. Here’s an excerpt:

Obama education legacy: Pomp and fizzle? is by Politico.

America spends more than $600 billion on schools. Here’s where it goes and why it matters. is from Vox.

“What currently passes for reform’ has caused considerable collateral damage to schools and teachers” is a very interesting article about what’s happening in California’s schools, which seems to be a very different direction from the rest of the country.

Guiding Principles on Teaching, Learning, and Reform is by Larry Cuban.

What Guides My Thinking on School Reform: Pulling the Curtain Aside is by Larry Cuban.

Why the History of School Reform is Essential for Policymakers, Practitioners, and Researchers is by Larry Cuban.

If You Read One Ed-Related Article Today, You’ll Want To Make It This One

Additional suggestions are welcome. I’m sure there are some great articles out there that I just don’t know about.