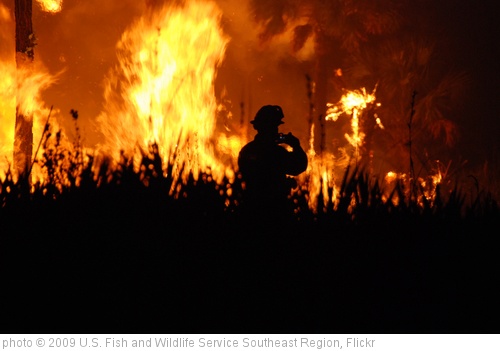 You can also find lots of additional resources on major fires over the years at A Compilation Of “The Best…” Lists About Natural Disasters.

I’ll start off first with information about forest fires in general:

Weather Wiz Kids has a particularly accessible explanation of how forest fires are begun — and stopped.

Here’s a description of how forest fires start that is probably accessible to high Intermediate English Language Learners.

The page on the Smokey Bear website focused on Wildfires Burning has a lot of information on different aspects of forest fires, and much of it is pretty accessible.

CBS News has an excellent interactive on U.S. Wildfires.

Here’s a lesson plan from Discovery Education on forest fires.

Eleven Facts About Wildfire comes from Do Something.

Wildfires is from National Geographic.

The Data Behind America’s Growing Wildfires is from The Atlantic.

Video of Arizona Wildfire That Killed 19 Firefighters is from The New York Times.

Fast-Moving Blaze Kills 19 Firefighters in Central Arizona is from The NY Times.

19 Firefighters Killed In Ariz. Wildfire Called Deadliest In Decades is from NPR.

Why Do Firefighters Choose Such Risky Work? is from The Pacific Standard.

19 Firefighters Fall on the ‘Wildland-Urban Interface’ is from The NY Times.

Partial protection from the flames is a Washington Post infographic about the firefighters’ deaths.

Fallen Firefighters Had Prepared for Worst-Case Scenario is from The New York Times.

Here’s another useful article on the firefighters from The Times.

Wildfires are getting worse. Why is Congress so unprepared? is from The Washington Post.

Is Living With Extreme Wildfires The New Normal? is from NPR.

Into The Wildfire is an ambitious piece from The NY Times.

TED-Ed has released a new lesson and video on “Why wildfires are necessary.”

A Fire Tornado Hit Their Neighborhood. This Is All That’s Left. is from The NY Times.

Why are California wildfires so bad? is from The Guardian.

RESOURCES ON TERRIBLE CAMP FIRE NEAR HERE & HOW TO HELP VICTIMS

Why California continues to burn is a San Francisco Chronicle interactive.

Australian fires: Everything we know and how you can help is from CNET, and is the best overview for non-Australians that I think I’ve seen.

The age of the “megafire” is from Reuters.

Five Videos About The One-Year Anniversary Of The U.S. Withdrawal From Afghanistan

Advice For Teachers Talking With Students About Racism & Police Violence

The Best Ways To Find Other Classes For Joint Online Projects