The Best Resources For Learning About Tornadoes 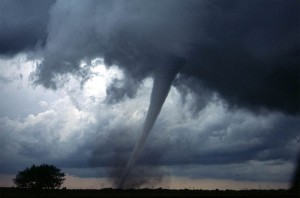 The southern United States was battered by tornadoes yesterday, resulting in 200 deaths so far and terrible devastation.

This “The Best…” list is divided into two sections — the first one includes links about yesterday’s tragedy, and other similar ones this year, and the second shares sites about tornadoes in general.

Here are my choices for The Best Resources For Learning About Tornadoes:

The Tornadoes In The South:

CNN has many multimedia resources on what happened yesterday.

Tornadoes kill over 200 is a series of photos from The Boston Globe.

Storms, Tornadoes Devastate the South is the title for a series of photos from The Atlantic.

Heartache after storms kill more than 300 in South is an Associated Press interactive.

Deadly tornadoes strike again is from The Big Picture.

Here’s an interactive map from The New York Times showing where recent tornadoes have occurred.

Tornado Ravages Joplin, Missouri is from The Atlantic.

Aerial Photographs of Joplin Before and After the Tornado is an interactive from The New York Times.

Tornado-Damaged Joplin, From Above is the title of a series of photos from The Atlantic.

Here’s a video of the Joplin tornado:

Curriculumbits has a wide variety of free animated activities with text and audio support that would be accessible to Intermediate English Language Learners. Not all of their animations are accessible, but many are. You can see this one on Tornadoes.

Control a tornado in this interactive.

Here’s a short video on tornadoes.

The BBC has an animated guide to tornadoes.

Twisters Untangled: Understanding Tornadoes is an interactive from NPR.

The Facts (and Fiction) of Tornadoes comes from The New York Times and includes multimedia.

Tornado! is a useful infographic.

CNN has tons of videos. Go to this link and click on “CNN videos.”

Science Behind the News: Tornadoes is a video from NBC Learn.

The Best Multimedia For Learning About The Midwest & Oklahoma Tornadoes

This is an amazing timelapse video of a “supercell” that didn’t quite turn into a tornado. You can read more about it at The Atlantic.

Explore the 8 Worst U.S. Tornado Disasters With Interactive Maps is from Wired.

by wunderground.
Explore more visuals like this one on the web’s largest information design community – Visually.

Here’s a good new video and lesson from TED-ED:

After The Storm is an impressive multimedia interactive from The Washington Post and PBS Independent Lens.

It’s about the coming – and aftermath – of a tornado.

Tornado Alley could be hit next week. Here are five twister facts you might not know. is from The Washington Post.

Ten of the most memorable and extraordinary tornado events of the 2010s is from The Washington Post.

Feedback on this topic is welcome!

“The World’s Most Beautiful Bridges”