The Best Travel Photographs Of The Year 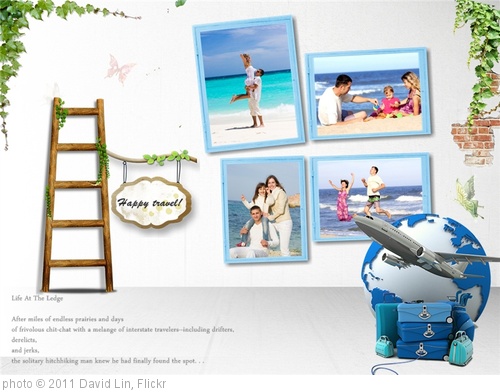 The Travel Photographer of the Year has been recognizing the best photographs from around the world for the past few years. Unfortunately, like most of the photo contest awards, they don’t display the winner very accessibly on their own website.

However, newspaper sites do a much better job displaying the winners in slideshows, so I’ve been able to collect links to some of them.

I’m also adding a link to this “The Best..” list to The Best Sites For Learning About The World’s Different Cultures.

Here are The Best Travel Photographs Of The Year:

The BBC has an audio slideshow displaying the 2010 winners.

Travel Photographer of the Year 2010 competition: winners’ gallery comes from The Telegraph.

The Guardian has a similar collection of this past year’s winners.

The Telegraph has a slideshow of International Travel Photographer of the Year 2009 competition winners.

The Guardian has a Travel photographer of the year – past winners from the first four years of the competition (2002-2006).

Travel Photographer of the Year 2011 competition: winners’ gallery is from The Telegraph.

2013 National Geographic Traveler Photo Contest is from The Atlantic.

The 2014 National Geographic Traveler Contest has just begun to accept entries, and here is a sampling of them.

2014 National Geographic Traveler Photo Contest is from The Atlantic.

If you found this post useful, you might want to look at the 670 other “The Best…” lists and consider subscribing to this blog for free.

New TED-Ed Video & Lesson: “What are the universal human rights?”

The Best Posts About Attrition Rates At So-Called “Miracle” Schools