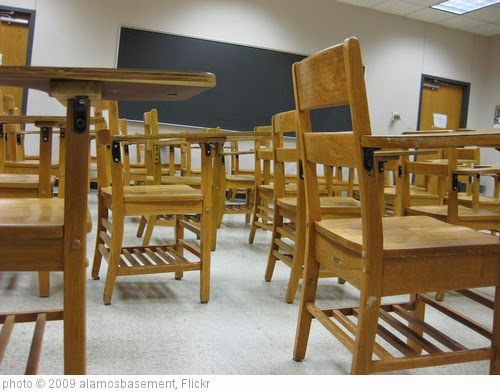 After a school has been labeled “failing” and becomes a recipient of a School Improvement Grant, their District must choose one of four interventions:

* Transformation, where the principal is fired, instructional strategies are revamped, and the school day is extended

* Turnaround, where the principal and at least half the staff is fired.

* Restart, where the school is closed and reopened as a charter (or it can stay open with staff in place if it works with an “educational partnership organization” — see comment below by Will E.)

This is just a beginning list of related resources, and I hope that readers suggest others.

Here are my picks for The Best Resources For Learning About The Four School Improvement Grant Models:

I’ve got to start off with article in the Huffington Post by one of my favorite writers on school issues, John Thompson. Check out As School Turnarounds Strike Out, Try, Try Again.

Strengthening Our Schools: A New Framework and Principles for Revising School Improvement Grants is by Congresswoman Judy Chu.

Talk Priority Schools has a collection of excellent SIG-related articles.

Struggling Schools and the Problem with the “Shut It Down” Mentality is by Robert Slavin at Ed Week.

What Works in School Turnarounds? is by Alan M. Blankstein and Pedro Noguera.

Giving Parents the Runaround on School Turnarounds is the title of the press release from the respected Great Lakes Center announcing a review of a recent report on marketing unwise “school turnaround strategies.” Here’s an excerpt from the press release:

Federal school “turnaround” strategies that call for firing teachers, replacing managers, or closing or converting public schools into charters are often met with resistance and anger among the parents whose children attend those schools. A recent study released by Public Agenda which focuses on how to market the concept of turnaround strategies fails to address the substantive concerns of resistant parents nor questions the soundness of these strategies as a way to improve schools, according to a new Think Twice review.

The report, What’s Trust Got to Do With It? A Communications and Engagement Guide for School Leaders Tackling the Problem of Persistently Failing Schools, was reviewed for the Think Twice think tank review project by William J. Mathis, an education researcher and former school superintendent who has studied school turnaround strategies.

You can read the full review here.

Turnarounds: The SIG Mystery is a post from Alexander Russo that in turn links to a three part series in the Denver Post about the mystery of School Improvement Grants.

Flipping the Script on Turnarounds: Why not Retain Teachers instead of Reject Them? is by Anthony Cody at Education Week. He has also written Spinning the Numbers on Turnarounds: School Improvement Grant Controversy Brews.

The Paradoxical Logic of School Turnarounds: A Catch-22 is from Larry Cuban’s blog.

Democratic School Turnarounds: Pursuing Equity and Learning From Evidence is a brief from The National Education Policy Center. Valerie Strauss at The Washington Post has also written about it.

Why the School Turnaround Experiment Is Failing is by John Thompson.

Which Way Up: At a Glance is from The Center For Public Education and is a report on School Improvement Grants.

Performance Beyond Expectations is a report by Andy Hargreaves and Alma Harris that covers a lot of important topics. However, because of its comments related to “turnarounds,” I’m adding it to this list.

The Characteristics Of SIG Schools is from The Shanker Blog.

Federal analysis of school grants shows mixed results is from The Washington Post.

The Predictable Failure of School Improvement Grants is by John Thompson.

Interesting SIG vs. non-SIG comparisons is from The Thomas Fordham Institute.

A Third Of Schools Saw Scores Fall After Getting Federal Grants is from The Huffington Post.

Ed Dept. pours $43 million into reform program with questionable results is from The Washington Post.

Are School Turnaround Efforts Overlooking English-Learners? is from Education Week.

Most states lacked expertise to improve worst schools is from The Washington Post. Ed Week has a piece on the same report.

Five Things Successful Turnaround Schools Have in Common is from Ed Week.

Forcing Schools To Hit The ‘Reset’ Button is an NPR piece that is a bit perplexing to my former principal, Ted Appel, and me. It highlights a supposedly successful school that was transformed by the federal government’s school improvement program to fire its principal. But, in fact, the school was transformed by completely changing the make-up of its student body.

Feds spent $7 billion to fix failing schools, with mixed results is from The Washington Post.

To just about no teacher’s surprise, a new study has found the School Improvement Grant federal strategy was a failure. Here are some reports on the research:

Billions in School Improvement Spending But Not Much Student Improvement is from Ed Week.

Federal School Improvement Grant Program Had No Significant Impact on Student Achievement is from The American Institutes For Research.

Obama administration spent billions to fix failing schools, and it didn’t work is from The Washington Post.

The School Improvement Grants that didn’t improve schools is from The L.A. Times.

This is obviously not a complete list, and I hope readers can suggest more resources.

You might also want to explore the nearly 700 other “The Best…” lists I’ve compiled.

Quote Of The Day: “Real-world learning is messy”