The Best Sites For Showing Sacramento Destroyed By Floods

You may or may not know that our town, Sacramento, is now the most likely U.S. city to be hit by a catastrophic flood. That makes our unit on Natural Disasters much more real to our students. This “The Best….” list might have limited interest in readers outside of our area, but it will certainly be useful to our teachers.

The New York Times today has an article and interactive feature about this topic, so I thought it would be timely to create this list.

Here are my picks for The Best Sites For Showing Sacramento Destroyed By Floods:

As I just mentioned, today’s New York Times has an article  about this possibility.

Last year, the United States Geological Survey came out with a major report predicting this kind of Superstorm hitting our area. Here are some articles about it, along with a video simulation:

If Quakes Weren’t Enough, Enter the ‘Superstorm’ from the New York Times.

Is California Headed For a Super Storm?

What is the California Superstorm and What Can We Expect?

Here’s the video simulation of the storm’s effect:

And here’s a news report on the study itself:

California’s ‘Katrina’ Could Be Coming to Sacramento is from The Atlantic.

California’s Katrina Is Coming is from Wired.

The Washington Post ran a big story on it: A massive storm flooded Houston. Experts say California’s state capital could be next. 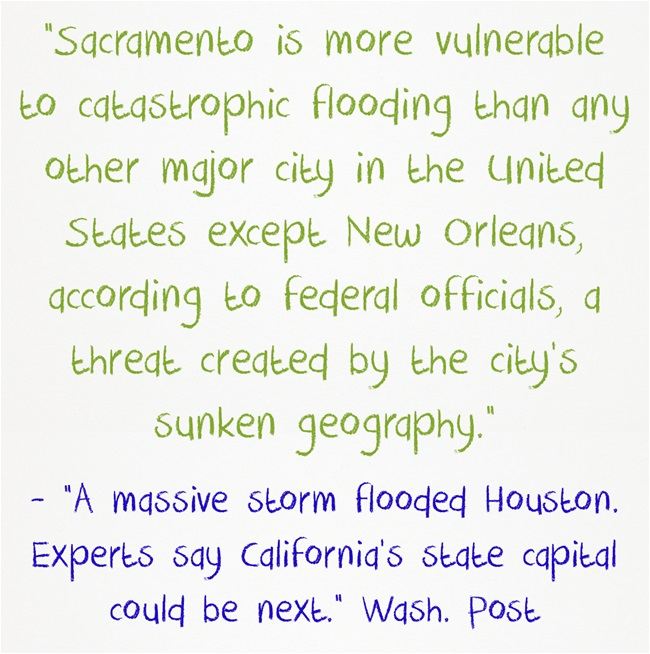 The Sacramento Bee published an article about the likelihood of us getting wiped out by “atmospheric rivers.”

A disastrous megaflood is coming to California, experts say, and it could be the most expensive natural disaster in history is from CNN.

The Coming California Megastorm is an interactive from the NY Times.

You might also want to check out over 700 similar “The Best…” lists.

“Emperor penguins in Antarctica: a gallery of pictures”

Genocide In The Congo