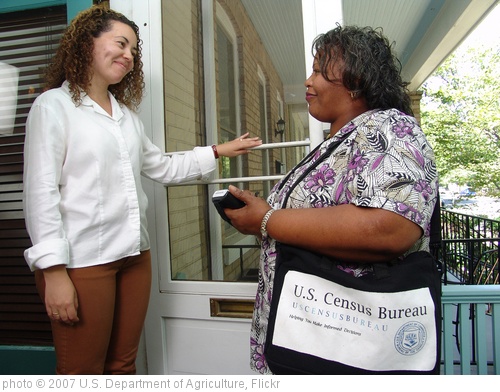 More and more accessible tools are being created to research and analyze Census data from the recently completed U.S. Census. I thought I’d bring a few of them together in a “The Best…” list.

Here are my choices for The Best Tools For Analyzing Census Data:

Explore the country by the numbers is a cool interactive map from CNN analyzing national, state and county demographics.

Eric Fischer has created fascinating maps of the biggest forty cities in the United States illustrating ethnicity by small color dots — White is pink; Black is blue; Hispanic is orange, and Asian is green. He originally used 2000 Census data, but it appears that many, if not all, have now been replaced with 2010 data. You can see them all here.

Here’s his map of Sacramento: The American Family Through Time is a fascinating interactive “board game” that takes you through each census since the founding of the United States and shows you key results from that era.

US census data mapped for every state – interactive is from The Guardian.

Poverty and Race in America, Then and Now lets you look at any metropolitan area in the United States and compare poverty in it in 1980, 190, 2000 or 2010. You can view the comparison on a “sliding” map, though I wish it just showed you the same locations in two screens — that would make it a little easier to compare to the two views (you’ll see what I mean when you visit the site).

Median Income Across the US is a nice interactive map from WNYC that shows the income levels of all the census tracts in the United States.

The Census Reporter lets you use data from the US Census interactively.

Type any zip code into Esri’s Zip Lookup and you’ll get an excellent and accessible data image of that community based on U.S. Census Data and additional sources.

Neighborhood Atlas is from The University of Wisconsin.

U.S. CENSUS RELEASES NEW COUNT – HERE ARE INTERACTIVES YOU CAN USE TO LEARN FROM IT

The New Racial Dot Map of America is from Google Maps Mania.

See how California changed in the last decade, right down to your neighborhood is from The San Francisco Chronicle.

If you found post useful, you might want to look at 740 previous “The Best…” lists and also consider subscribing to blog for free.

Race and ethnicity across the nation is from CNN.