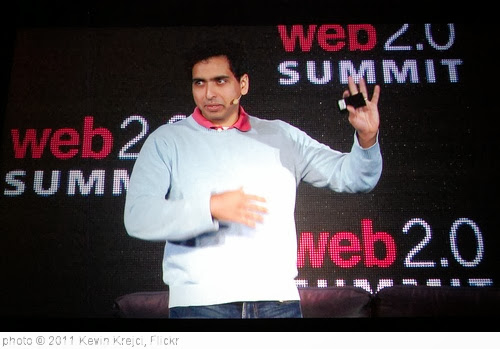 The Khan Academy has been receiving an incredible amount of publicity — and hype — over the past year. I think having well-done videos online available for free is a nice thing, but I don’t think it’s a “revolution” in education. Others have written eloquently on this topic, and I thought I’d share a few of the ones I think are the best. Let me know if I’ve missed some.

Here are my choices for The Best Posts About The Khan Academy:

The Wrath Against Khan: Why Some Educators Are Questioning Khan Academy is clearly the best piece I’ve seen written about the Khan Academy. In it, Audrey Watters also links to multiple posts by Sylvia Martinez and Frank Noschese on the issue, too. The comments on all those posts are must-reads, also.

Khan Academy does not constitute an education revolution, but I’ll tell you what it does comes from The Cooperative Catalyst.

The Wonders of Khan: It’s a video library, nothing more. is from the Core Knowledge blog.

You Khan’t Ignore How Students Learn is by Frank Noschese.

Khan Academy Is Not The Progressive Model You Are Looking For is from Tom Barrett.

Pro vs. Khan is by Gary Rubinstein.

The “Mathlash” To Silicon Valley’s Move Into Education is from EdSurge.

Justin Reich posted Don’t Use Khan Academy without Watching this First, and it’s a very important post where he shared this video two teachers (and an important commentary about it), Dave Coffey and John Golden, created:

Khan Academy: Rise and Backlash is a Storify from Education Week Teacher.

What if Khan Academy was Made in Japan?: #MTT2K Grand Prize is by Justin Reich, and shows the winning videos in a contest to critique and engage the Khan Academy.

Khan Critiques: We Were Promised Jetpacks & Got Lectures is also by Justin Reich.

Don’t Know Much about History (of Education) is by Audrey Watters.

What Value Khan? is an interesting post, but it’s the comment (which I link to) by Dan Meyer that is particularly interesting.

What A Disappointment — Khan History Videos Continue To Be Awful

What Students Do (And Don’t Do) In Khan Academy is by Dan Meyer.

Khan Develops Decent Lesson On Growth Mindset But, Come On, Can’t They Create An Engaging Video?

What Khan Academy Gets Really, Really Right is from Emergent Math.

How Khan Academy, the popular free tool for students, wants to play a more official role in America’s classrooms is from Chalkbeat.

Khan Academy plunged into classrooms, then classrooms went online is from The Hechinger Report.

I agree, and also like what he said in his NY Times column yesterday. But then why are the Khan Academy videos as unengaging an as uninteractive as they are? https://t.co/cqOxW7tJT8

The Best Articles I’ve Written In 2011

The Best Resources For “Bill Of Rights Day”