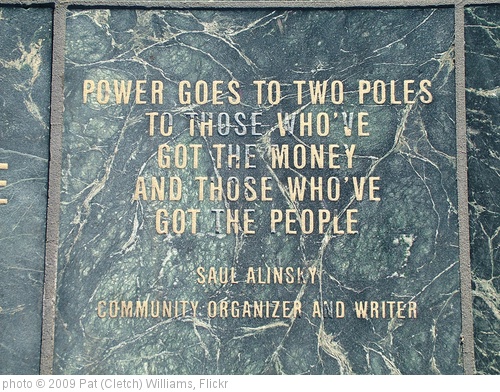 In the 2012 Presidential election, Newt Gingrich tried to attack President Obama by tying him to Saul Alinsky, the person who is considered by many to be the father of modern-day community organizing (and who died forty years ago). Ironically,  Rudy Guiliani also attacked Gingrich for “acting like Alinsky.”  These kinds of attacks continue in the 2016 election.

Some readers might not know who Alinsky was, and I thought a quick post might be useful. Prior to becoming a teacher, I worked for many years as a community organizer for the organization Alinsky began in the 1930’s and directed until his death.

I’ve previously posts a number of links about him in The Art And Value Of Compromise.

Here’s Part One of “The Democratic Promise.” Parts Two, Three, Four and Five are also available on YouTube:

The National Film Board of Canada did an extraordinary series of films about Alinsky’s work.

Newt Gingrich and the Real Saul Alinsky is by Bill Moyers.

Who is Saul Alinsky? is also by Bill Moyers.

Newt Gingrich is no Saul Alinsky is by Nicholas Von Hoffman.

Know Thine Enemy is from The New York Times.

Vox has published a lengthy description of Alinsky and his work. In fact, it’s one of the best pieces I’ve seen anywhere about him. 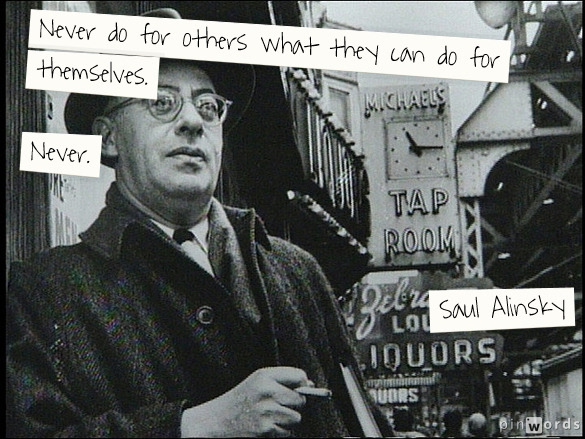 Here’s a nice summary of Rules For Radicals.

You can learn more about the present work of the organization Alinsky founded here.

I hope you find these resources clarifying and helpful.

Obama Administration ‘Understands The Concern” About Raids, But Doesn’t Appear Ready To Stop Them