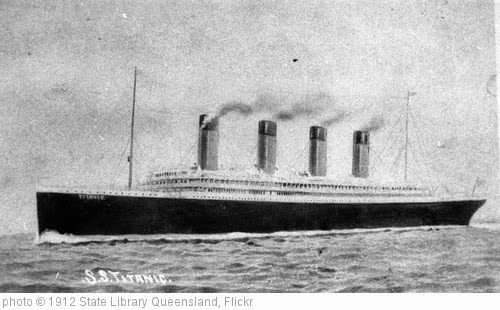 Next month is the one hundredth anniversary of the sinking of the Titanic. I’m sure tons of additional resources will come online between now and then, and I’ll keep on updating this list. But I figured it would be helpful to get started now.

Here are my choices for The Best Sites For Learning About The Titanic:

Ultimate Titanic is the place to start. It has tons of resources.

Titanic Journey is from The BBC.

100 Years Later: Ways to Teach About the Titanic With The Times is from The New York Times Learning Network.

Five Titanic myths spread by films is from The BBC.

The Titanic at 100 Years is a photo gallery from The Boston Globe.

Here’s James Cameron’s new animation of how the Titanic sank.

Setting the Stage for the Titanic Tragedy is a graphic from The New York Times.

Titanic: The final messages from a stricken ship is from The BBC.

Here’s newsreel footage of the Titanic:

The Titanic, 100 Years Later is an impressive Pinterest page from the Smithsonian.

Titanic By The Numbers is a good infographic.

The Titanic’s fateful voyage in pictures is from The CBBC Newsround.

Unsinkable: Why We Can’t Let Go Of The Titanic is from The New Yorker.

NPR has a collection of their Titanic stories.

The Atlantic reprinted the telegraph messages from The Titanic and you can hear them read at the BBC.

Titanic: Faces of the crew is a BBC interactive.

Titanic 100: We survived is also from The BBC.

Titanic memorial cruise makes Atlantic voyage – in pictures is from The Guardian.

Geography, Class and Fate is a very creative “mashup” of data about Titanic passengers. Thanks to Richard Byrne for the tip.

Titanic: A graphic look at how and why it sank is from The Orange County Register.

Titanic by the Numbers is from The history Channel.

A Titanic Timeline, 1909-2012 [Interactive] is from Scientific American.

Learn more about this next visualization from Visual Capitalist: Visualized: Comparing the Titanic to a Modern Cruise Ship: 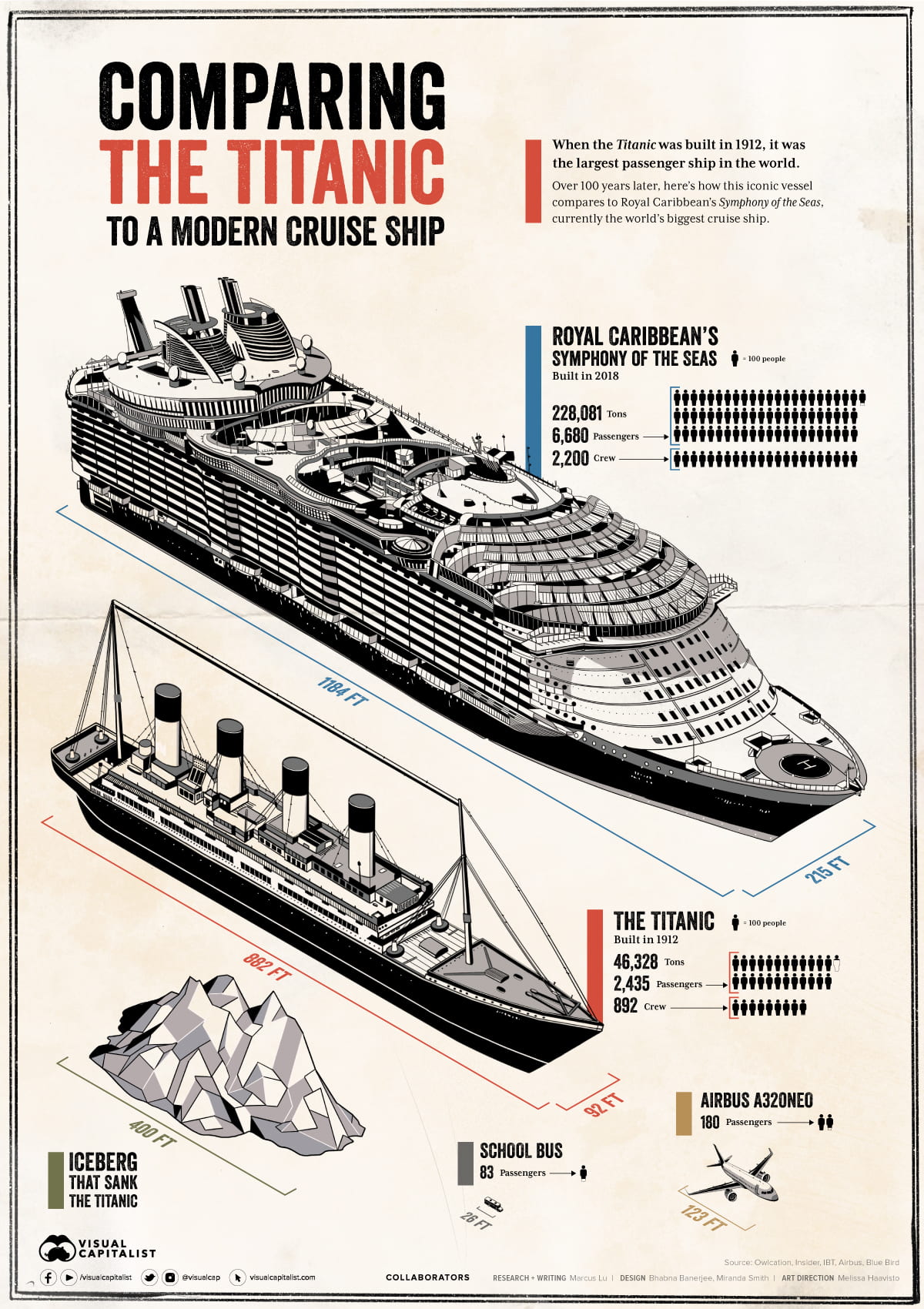 Thoughtful Response To Hate In Schools