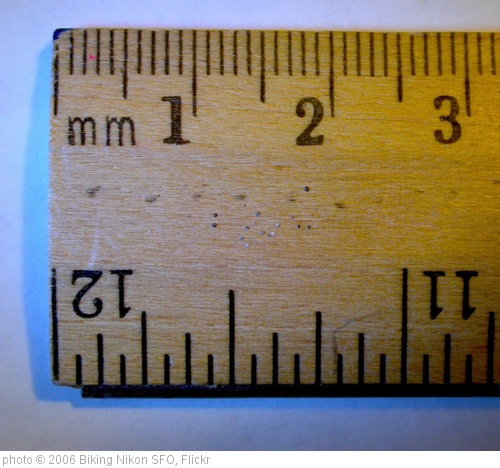 There are several sites on the Web that show you various objects to school. I thought it would be useful to readers and to me to bring them all together on one list.

Here are my choices for The Best Web Tools That Show You Objects To Scale:

The Universe To Scale is from TIME.

Universcale compares various microscopic entities. That description does not do justice to the site — you need to go there to check it out.

It can be a bit confusing, and much of the language will not be accessible to English Language Learners. However, the images can be used effectively by teachers of all students.

Word Count is an interesting site.  Here’s how it describes itself: “WordCount is an artistic experiment in the way we use language. It presents the 86,800 most frequently used English words, ranked in order of commonness. Each word is scaled to reflect its frequency relative to the words that precede and follow it, giving a visual barometer of relevance. The larger the word, the more we use it. The smaller the word, the more uncommon it is.”

Magnifying the Universe is another interactive.

How Big Is The Ocean? is a TED-Ed video and lesson plan:

“How small are we in the scale of the universe?” is the title of a new TED-Ed video and lesson:

If the Moon Were Only One Pixel

The Size Of Space

You might also want to explore the  900 other “The Best…” lists I’ve compiled.

The Best Resources, Articles & Blog Posts For Teachers Of ELLs In 2015 – Part Two