The Best Resources For Teaching “What If?” History Lessons 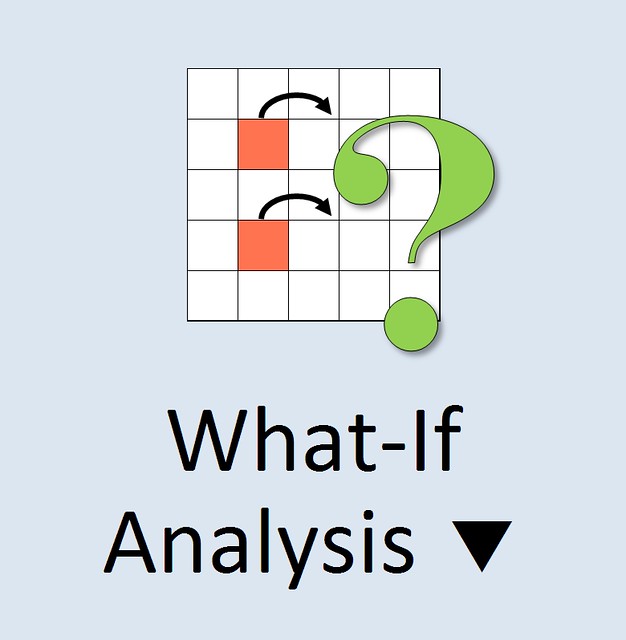 (NOTE: Sometimes the embed function from Authorstream doesn’t work very well. If that’s the case, you can see the student examples of PowerPoint presentations at the Authorstream site by just clicking on the student’s name below the slides).

I’m a longtime fan of “alternate history,” and last year was thrilled to read about how some teachers applied that concept in their classes.

This is how Carla Federman (who borrowed the idea from Diana Laufenberg) introduced her lesson to students:

You are to identify one specific point in American history for which you are interested in changing the outcome. Once you have identified your point of divergence, you will need to consider both the immediate changes and the long-term impacts that divergence would have on modern society. You will present your “revised history” through the creation of “new” primary sources and a multimedia project.

I’ve written about this idea, and included links to both Carla’s and Diana’s projects, in three previous posts:

Extraordinary “What If?” Student Project

New Excellent “What If?” Projects

In many of our classes, I think, students tend to look at history as just the learning of facts that are set in stone and almost as destined to be…

Through a “What if?” project, I think students can gain a greater grasp of the fragility, interconnections and imponderables that we confronted in our past and will face in our future.

I’ve finally gotten around to trying it out in my own classes.

Earlier this month I did a what I think is a scaled-down version of what Carla and Diana did. I gave my IB Theory of Knowledge students a couple of days to work in pairs and develop a short PowerPoint presentation. They then gave three-to-five minute presentations, during which all students had to come up with a question and the presenters picked on one student to share theirs.

You can see the lesson and links to PowerPoints at our Theory of Knowledge class blog, and I’ve embedded one example below:

It was a fun, useful lesson — an excellent one to do near the end of the year so students could take a short break from the intense experience of having to write their TOK final essay.

In two weeks, I’ve arranged for my TOK students to come in to my Beginning/Intermediate ELL United States History class to help them develop similar projects, though they’ll probably be on posters and not in PowerPoints (actually, they did use PowerPoints and you can see them here at
“What If?” Slideshows From My English Language Learner Students).

I also had my TOK students respond to a few reflection questions. Here are some responses:

What Did You Like About The “What If?” Project?

Many students said it was “fun.”

I liked that the presentations were short and simple.

I liked how it was simple and complicated at the same time.

It was fun using our imagination.

I liked how we could see that a little event from the past could change the future by a lot.

How Could The Project Have Been Better?

It could have been better if we had more time.

What Did You Learn About History?

I learned that one minor event can change history on a major scale.

Every event can have an impact on what is happening right now.

The present might have been better if some things happened but our present isn’t as bad as what could have happened.

I learned that in history even the smallest detail counts, especially when you are researching it, as it can lead to some very unexpected results.

I learned a lot from my classmates, including many real events that I hadn’t even known had occurred.

I’ll report how things go with my ELL class in June.

I’ve written a post about how my recent “What If?” lesson went. Here’s one of the PowerPoints:

The Anti-Defamation League has just launched an “Imagine a World Without Hate” video and action campaign with the posting of this pretty amazing video. It can be used in many ways, including as part of a “what if?” history lesson:

What-If and What-Is: The Role of Speculation in Science is from The New York Times.

The “what if” habit of mind for all. is by Deborah Meier.

Why Does History Matter?

Killer Waves: How Tsunamis Changed History is an article from Live Science that could be very useful in my “What If?” history projects.

“Possibilism” — Maybe A New Word For “What If?” History

Here are a few examples from my recent TOK class. The third one is just a thumbnail and you have click on it:

If General Vang Pao died at the Vietnam PP

“What If?” History Presentations By English Language Learners

“What If?” History Project At NPR

The What If’s of History is an interesting Storify.

What If World War I Never Happened? is from Discovery News.

What If America Had Lost the Revolutionary War? is from The Atlantic.

What If Counterfactuals Never Existed? Studying history with hypotheticals is from The New Republic. It first shares the negatives, and then provides counter-arguments.

History Without Hitler? appeared in The New York Times, and points out some ways this kind of thinking can be helpful related to Arab Spring.

“What If?” Projects From My Theory Of Knowledge Class

What If? 19 Alternate Histories Imagining a Very Different World is from Mental Floss.

20 maps that never happened is from Vox.

Africa, Uncolonized: A Detailed Look at an Alternate Continent is from Big Think.

Here are three new resources that students could review to get ideas for their own projects:

What If the Allies Had Lost World War I? is from The Atlantic.

Why We’d Be Better Off if Napoleon Never Lost at Waterloo is from The Smithsonian.

If you could undo one historical event, which would it be? is from Ideas.

Writing Personal “What If?” Moments For Class & For….Scientific American Magazine

“The World IF” Is A Very Interesting Feature From The Economist

Video: “What if America Was Never Colonized?”

“What If?” Stories From The Scientific American

The Educational Value Of Students Creating “What If?” Scenarios

“The World If” Is A Useful Feature From The Economist

“What If?” History Projects

New “What If?” History Presentations

WHAT IF? HISTORY PROJECTS

This is not a great video. However, the first part does a good job showing how small decisions can affect history. It can be particularly useful when introducing the idea of a “What If?” project, which I regularly do in my Theory of Knowledge and Social Studies class, and which also can be done in just about any other class, too:

Have any of you tried similar projects?