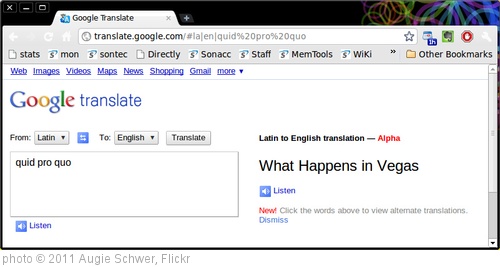 Translate this: How real-time translation breaks down barriers when you don’t speak the language is from USA Today.

The Microsoft Translator looks pretty cool.  It seems to be its latest version of a simultaneous translation tool.  I’m still figuring it out but, at least online, you can have a bunch of different people speaking different languages and it will turn everyone’s audio into each other person’s language with immediate text.  It says they plan to upgrade it specifically for classroom use soon.  I’ll be looking forward to seeing what that looks like.

Now you can transcribe speech with Google Translate is from Google.

Apple will debut a Translate app in iOS 14 is from EnGadget. It will be interesting to see how it compares to Google Translate.

Translatar is an intriguing new app that, if you point it at something, will tell you what it is in the language of your choice. I might be wrong, but I believe that Google and other tools lets you point the camera at words and translate them, but I don’t believe they have this ability. Let me know if I’m wrong. Take a look at this video about Translatar:

PowerPoint for Microsoft 365 and PowerPoint for the web now offer captions or subtitles shown live on the big screen as you present to your audience – and it’s multilingual. You can speak in English and the subtitles will appear in whatever language you want. Learn more here.

Yous lets you do a web-based video call with someone who speaks a different language.  Then, when you speak, the audio automatically is transformed into a chat in that person’s language.  If you keep your calls to five minutes, it’s free to use (you have to pay for longer periods).  The Microsoft Translator does something similar, but it doesn’t have the video/audio component and only translates the chat.  If “Yous” sticks around, or if other tools like it do, it could rival Google’s “Interpreter Mode” as a way teachers can communicate with families (see GOOGLE’S NEW “INTERPRETER MODE” MAKES IT EASIER FOR TEACHERS & PARENTS TO TALK IF THEY DON’T SPEAK EACH OTHER’S LANGUAGES).

Microsoft Translator for Education can be a very helpful tool.

The Best Resources For Learning About The New York Times Paywall

The Best Resources, Articles & Blog Posts For Teachers Of ELLs In 2019 – Part One