The Best Resources On “Race To The Top” 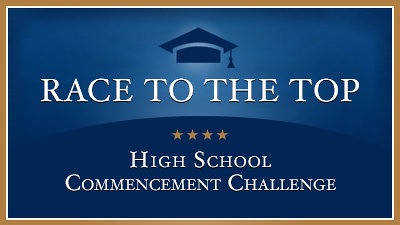 NOTE: At one point, I included many links on “personalized learning” on this list because on RTTT round had that as its focus. I have since created a separate list for that topic and moved those links there. You can find them at The Best Resources For Understanding “Personalized Learning”

Though I’ve periodically posted about the “Race To The Top” competition, I haven’t compiled a “The Best…” list because it wasn’t really directly affecting us much in California. However, now that school districts can apply, it’s definitely an immediate concern.

This is a pretty limited list, so I hope readers will contribute more suggestions.

Here are my choices for The Best Resources On “Race To The Top”:

U.S. Department Of Education Tries To Put Lipstick On A Pig

Rules Proposed for District Race to Top Contest is from Education Week.

Hundreds of Comments Pour in on Race to the Top for Districts Plan is from Education Week.

Grading Race to the Top is from School Board News.

Mike Klonsky reports on a public radio debate between the chief spokesman for Education Secretary Duncan and my favorite education writer, Richard Rothstein. I’d encourage you to read Mike’s analysis of the discussion, which he titles “Punching A Marshmallow.” He’s also kind enough to provide a link to a recording of the debate, titled “Will The ‘Race To The Top’ Leave No Child Behind?” The discussion starts at the eight minute mark.

Education: A Race to Equity instead of the Race to the Top is by Ken Bernstein.

Letter to Arne Duncan: ‘Race to the Top’ Is Unfair to Teachers of ELLs is from Ed Week.

Nearly 900 Districts Set to Compete for New Race to Top

L.A. Teachers Refuse To Sign-On To “Race To The Top”

San Francisco & Oakland Teachers Stand Against Race To The Top

An alternative to standardized testing for student assessment is from The Washington Post.

Race to the Top District Competition Received 371 Applications is a very interesting piece from Education Week — some unusual stuff has been happening with the applications.

District-Union Tensions Foil Some RTT Proposals is from Education Week.

Finalists Announced For District Race To The Top Competition

A recent study details the failings of “Race To The Top”:

‘Race to the Top’ for education a flop, report finds is from Politico.

Let’s Reverse the Damage From Race to the Top, EPI Report Says is from Education Week.

Race To The Top Was A ‘Wasted Opportunity’ is the title of one of my Ed Week posts and here is Part Two in that series.

Obama’s Race to the Top loses all funding in 2015 omnibus spending bill is from The Washington Post.

Let me know if you know of other posts.